US-based online retailer Amazon has been ranked as the most attractive Internet brand in the country ahead of rivals Flipkart and Snapdeal as well as search engine giant Google, according to India’s Most Attractive Brands Study 2016.

“For the first time in three years, Amazon has been declared as the most attractive Internet brand (96th rank overall)…,” said the study carried out by Trust Research Advisory (TRA).

Google emerged as the second-most attractive Internet brand in the country while its overall ranking was 102. The study was based on primary research conducted on close to 3,000 consumers across 16 cities.

Flipkart grabbed the third position in the Internet category, jumping 221 slots to 125th rank across India, while Snapdeal saw an improvement of 63 ranks to 302nd on the list.

Social networking giant Facebook rose 202 ranks in the national rankings to 157th position in 2016, and was placed fourth in the category, the study said.

“The Internet category has seen a surprising shift in the top ranks, with Amazon ranking higher than Google, implying a serious improvement in the appeal of conducting transactions online,” TRA Chief Executive Officer N Chandramouli said.

This is apparent from the fact that out of the 29 brands listed in the Internet category in 2016, 11 brands were online retailers, he added.

The list was topped by Korean electronics giant LG while the Tata conglomerate slipped in ranking to the seventh spot this year (from 5 in 2014 and 4 in 2015). 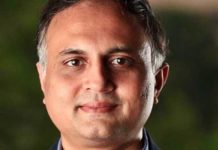 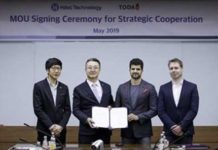