While the top e-commerce sites are battling it out with each other during the festive season on who offers the best deals and discounts, merchants at the back-end are working to ensure they are fullystocked to meet the upsurge in demand by their customers.

This has led to an increase in appetite for working capital, which is being catered to by alternative lending startups like Lendingkart, Capital Float, Indifi Technologies, among others. Balwinder Singh, who runs a shopping portal Ringabell India for furniture, fragrances and fashion, says he is well-stocked with inventory for the next 45 days, thanks to the availability of short-term, collateral-free loans by alternative lending startups.

“This season requires a lot of planning,” said Singh, who has taken a loan of up to Rs 35 lakh thus far. “Stocking up would’ve been difficult if these alternative options of borrowing weren’t available.” This spike in demand for working capital loans by business owners has in turn made the past few months the busiest time of the year for alternative lending startups and they expect this to trend to continue till the end of November.

Lendingkart, which usually sees a month-on-month growth of 10-15 %, has witnessed a 25-30% increase over the past few months, said Harshvardhan Lunia, chief executive of the Ahmedabad-headquartered company. “We cater to ecommerce and non-ecommerce business owners, but most of the demand currently is from the consumer goods sector,” added Lunia.

Similarly, Sequoia-backed Capital Float has seen their sale numbers, especially in the ecommerce sector grow 3-4 times in the last month. “Diwali, for our business, is the biggest time of the year. 50% of our ecommerce loans take place in these three months,” said Gaurav Hinduja, managing director of Capital Float. There is also an increase in loan size.

Accel Partners-backed Indifi Technologies has noticed a 40% increase in the average ticket size of loan of Rs 4 lakhs to Rs 5.5-6 lakhs, especially from the online and offline retail sectors. “The sales are planned in advance and the merchants have to stock up for the Big Billion sale and so on,” said Alok Mittal, chief executive of Indifi.

“We have a lot of repeat customers who are coming back to borrow larger amounts of money for this season.” Capital Float claims to have disbursed loans worth Rs 50 crore just in the month of September to merchants on the popular e-commerce sites. They also launched multiple initiatives a few months ago to support the merchants in preparation of the Diwali season. 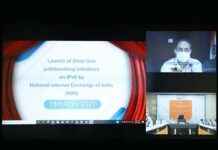 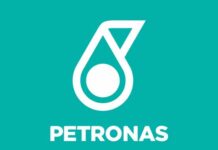 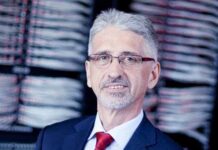