Seems, Microsoft has not given up on smartphone market as yet. According to latest rumours from famed tipster Evan Blass, the software giant is working on a new top-end smartphone. In a tweet, Blass claims that the upcoming Microsoft smartphone wil be powered by a laptop-class Intel processor.

“Powered by a laptop-class Intel processor, would this have blown your mind?”, says the tweet. “Much more than just a concept. Stay tuned,” goes another tweet on the smartphone.
The tweet also includes some smartphone images that are speculated to be the marketing material of the upcoming Microsoft smartphone.

There are also rumours that Microsoft will launch three new smartphones from the Surface Phone lineup in 2017. These smartphones are expected to be launched in January and powered by Intel Atom X3 processor.

Other speculated specifications of these smartphones include a 5.5 inch Active-Matrix Organic Light-emitting Diode display, USB Port and liquid cooling technology. RAM and storage capacity is likely to vary as per the model.

So, it remains to be seen if the smartphone tipped by Blass too will be part of Microsoft’s rumoured Surface series of phones or be another high-end category of its own.

Earlier this month, the Redmond giant also launched a major push into the hardware space with the launch of its new range of Surface Studio PCs (AIO to be precise). At 1.3 millimeters, the desktop machine is said to boast of thinnest display ever made.

According to Microsoft, the device works with pen, touch and Surface Dial – a new input device designed for the creative process that lets you use two hands on the screen to compose and create in all new ways. 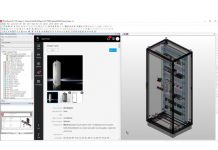 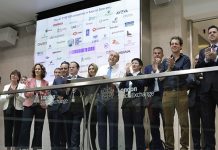 AVEVA Signs Up to Race to Zero the Largest Ever Alliance 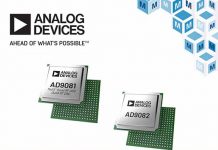