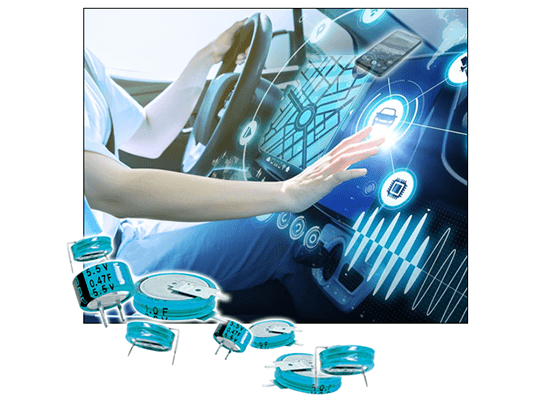 July 2, 2020 – New Yorker Electronics has announced the release of the new EDC and EDS series of Coin Cell style EDLC capacitors from Cornell Dubilier (CDE). With quick-response and recharge times, these devices offer higher power than batteries and greater energy than typical aluminum electrolytic capacitors – without degradation over millions of charge-discharge cycles.

EDC and EDS series capacitors are ready to board mount in such applications as real-time clock (RTC) backup, power failure backup, battery assist and in market segments such as smart metering, HVAC controls, building automation, communication systems, appliances, instruments and other microprocessor-based devices. Because of their high volumetric power density, they can be an effective way to reduce board size and weight. Either series can be used as a drop-in replacement for similar value capacitors recently discontinued by other manufacturers.