The payments processor said in presentation slides that it expects adjusted operating margin to be stable or higher in the next three years. “With one slide in its deck, PayPal largely addressed investors’ concerns about the impact of the Visa and MasterCard deals on its margins,” said BTIG analyst Mark Palmer. PayPal signed deals with Mastercard Inc and Visa Inc earlier this year for store payments, leading to some concerns that they would result in higher transaction expenses for the company.

Total payment volumes surged 25 percent to $87 billion. However, PayPal’s transaction margins, which have been steadily declining for the last five quarters, fell to 58.7 percent from 59.8 percent in the second quarter. In its second stint as a public company, PayPal has witnessed rapid growth in a number of services such as person-to-person payment app Venmo and Braintree, a payment gateway used by larger merchants.

Payment volumes at Venmo, whose customers are mainly millennials, surged 131 percent to $4.9 billion in the third quarter. In the preceding quarter, they soared 141 percent. PayPal processed 1.5 billion transactions in the latest quarter, slightly lower than the average estimate of 1.52 billion.

The company, spun off from e-commerce company eBay Inc last year, said its revenue rose to $2.67 billion in the quarter ended Sept. 30, from $2.26 billion a year earlier. Analysts on average had expected $2.65 billion, according to Thomson Reuters I/B/E/S. Excluding items, the company earned 35 cents per share, in line with analysts’ average estimate.

Up to Thursday’s close, shares of the company had risen 10.7 percent this year, outperforming the 4.8 percent gain in the broader S&P 500 .SPX. 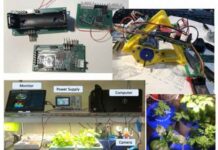 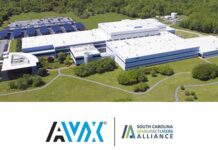