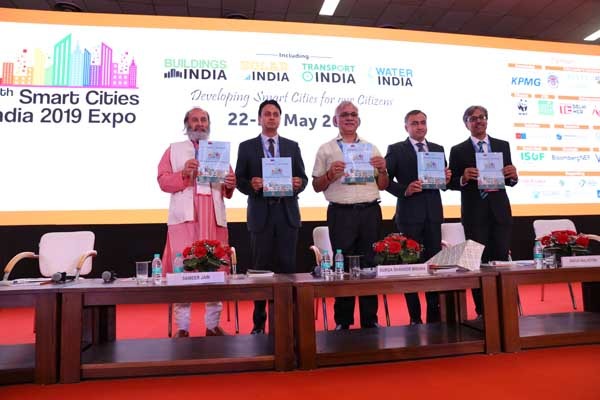 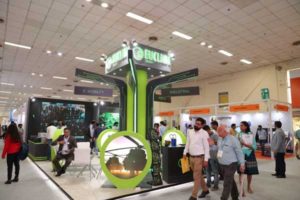 Speaking during the special address at the inaugural ceremony, Shri Durga Shanker Mishra, Secretary, Ministry of Housing and Urban Affairs, said, “Urbanisation is growing at a very fast pace across the world: Total global urban population in 1950 was 30% and today it is close to 58%, with projections of 68% in the times to come. This is an unprecedented growth, with the rate of urbanisation being the fastest in India. Our urban population was around 31% in the 2011 census, and is projected to grow beyond 40% by 2030 and 50% by 2050. This is the speed of urban transformation in the country. Today, urbanisation is at the forefront. Experience from the world over has shown that cites are engines of growth. But urnbanisation also leads to many challenges in terms of mobility, utilities, infrastructure, etc. A citizen living in an urban setting many expectations and unless he gets a conducive environment, he may not be able to achieve his full potential. In the last five years, the path we have taken for urban transformation, is not incremental, but transformational, especially in terms of cleanliness, employment and livelihood opportunities, and housing.” 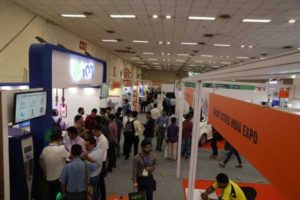 Delivering his Welcome Speech, Shri Prem Behl, Chairman, Exhibitions India Group, said, “In India, we have a population of 1.36 billion people, which is nearly 30% of India’s population living in urban environments. This 31% of the population contributes 63% of India’s GDP. Everyone talks about modernising the Tier I cities to create state-of-the-art pockets that would deliver the economic and infrastructural support for industries to expand, attract FDI, etc. But the emphasis is not just on Tier I cities; it is also being expanded to Tier II and Tier III cities as well, and work is in progress to uplift these environments also. And this is the mission of the Smart Cities India expo as well. In the last few years, the government and the industry have invested large sums of money in reaslising the dream of the Smart Cities Mission. To many of us, their hard work may not be visible, and there are many nay-sayers on the achievements, but there is a segment of the population that is already reaping benefits of this movement, and that is being shared by a larger audience.” 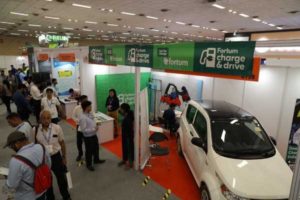 The inaugural session also witnessed the release of a knowledge paper by the Knowledge Partner KPMG, titled “IoT in Smart Cities”. “In the last 5 years, over Rs. 10 lakh crore has been earmarked for urban development plans such as the Smart Cities Mission, Swachh Bharat and AMRUT. Many levers have also been used, whether it is policies, reforms, institutional changes, access to finance, etc. that have actually made this happen and brought us here today to be able to talk about what India should be looking at as far as smart cities is concerned.” said Sameer Jain, Partner, Government Advisory (Urban & Smart Cities), KPMG. Talking about the report, he said, “The report highlights, in depth, the concept of Internet of Things (IoT), while exploring its growth enablers as well as the levers of its growth. It studies the business value of IoT, key applications and impact on smart cities.” 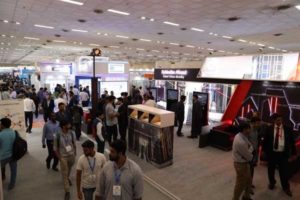 Addressing the gathering on the occasion of the release of a whitepaper prepared by pManifold, Rahul Bagdia, Director & Co-founder, said, “Pollution and congestion are the foremost challenges for our cities. The Government of India has taken a calculated stand where privatisation in the transport sector has come through the FAME I & II schemes, with focus on public transport. We are talking about a mind-shift to encourage public transportation using electric as well as clean fuel technologies. That is the direction India has taken. Courtesy the FAME schemes, the citizens are now accepting that electric vehicles are an efficient, clean, economic, as well as a fairly well-established segment of the transport industry in the country.”

Also released was a whitepaper by Industry Partner Mazars Advisory. The whitepaper – Synchronising a SMARTER India – discusses at length the global smart cities market, the inception of the Smart Cities Mission and its focus areas. Talking about the paper, Ankur Malhotra, Director, Mazars Advisory LLP, said, “The report examines and analyses the development pipeline of Indian smart cities today, being centred around synchronising a smarter India. Market-wise IT opportunity brought about by the Smart Cities Mission is projected to be around $25 million per smart city, creating a robust business window of around $30-40 billion over the next 5 to 10 years.”

Talking about Mazars’ collaboration with the Smart Cities India expo, Bharat Dhawan, Partner, Mazars India, said, “We are proud to be associated with the 5th Smart Cities India 2019 expo, organised by the India Trade Promotion Organisation (ITPO) & Exhibitions India Group. Fast-paced social, infrastructural and economic development are definitely on the cards and it is imperative to streamline momentum across the country. This expo is an enriching and dynamic opportunity for a multitude of public and private leaders, industry experts and social groups to get together every year, looking at the progression pipeline, addressing any impending criticalities and canvassing best practices that can further smarten up Indian cities on both a local & global level.”