The Indian government has banned 59 Chinese apps recently, citing the concern of data security and national sovereignty. After this first move of banning the Chinese apps, recently the centre through an interim order, blocked access to another 47 Chinese phone applications from India. Among these banned applications, many prominent apps had millions of user base and have captured the Indian market for several years.

Estimates by Sensor Tower show the video-sharing social networking app, Tik Tok has seen about 611 million downloads in India over the app’s lifetime, while estimates of active users vary with the highest pegged at 200 million. According to many media reports, the file-sharing tool SHAREIt has about 400 million users. Statcounter placed the Alibaba-owned UC Browser second in India market share at 10.19%, after Google Chrome (78.2%) and had its user base at 130 million. These are few examples only, many companies have occupied the Indian market with numerous downloads and active users.

Impact of the move on Indian companies

The government’s move to ban these Chinese applications has given a boost to many homegrown apps. After a short span of time, many Made in India applications showed a surge spike in the downloads of their apps. Users have also been looking forward to the Indian alternatives to the banned Chinese applications. The ban on 59 Chinese apps has allowed Indian app-makers to grab the space left by the ban on Chinese apps. Ban of Chinese applications saw a positive response from the Indian as well as global market. Because earlier many apps were hampering the data of its users, spying on users and sending back the data to China as well as many companies. Indian Government has recognised and acted on concerns over data protection and privacy. This step will help foster domestic entrepreneurship underpinned by sustainable, global free-market principles.

The government is also taking many steps that will boost the market for Indian Apps. Recently intending to support and build a strong ecosystem for Indian Apps, The Ministry of Electronics and Information Technology in partnership with Niti Aayog launched Atal Innovation Mission – Digital India Atma Nirbhar Bharat App Innovation challenge for Indian tech entrepreneurs and startups. The government’s mission is to build a strong ecosystem to develop and promote indigenous world-class apps. The innovation challenge will help identify the “best” Indian apps in eight categories such as office productivity & work from home, social networking, e-learning, entertainment, health & wellness, business including agritech and fintech, news, and games that are already available for use and scale them to “world-class” standards. Indian entrepreneurs and startups are incentivised to ideate, incubate, build, nurture and sustain Tech solutions that can serve not only citizens within India but also the world.

With the government’s push for self-reliance to Indian startups to create secure platforms to address domestic needs, now Indian Companies can leverage an active network of developers that offers low-cost, high-quality solutions to its users. Earlier also, Indian firms have provided support services to global companies for app development. Ban on numerous Chinese apps has seen numerous Indian developers swoop in to attract users and with the innovation challenge, the government is looking to boost their morale. The government has been vocal about local for a while now, and with the current wave of anti-China sentiment blowing across India, It is now taking due action to actively promote “make in India” will surely go a long way in building faith among the citizens of the country.

Over the years, in the Indian market, a large ecosystem has been formed, assisted by a steady flow of tech-savvy human capital. Maintaining cost competitiveness while retaining an international presence meant that early movers. India’s push for self-reliance is the belief that it must rise to prominence in a globalised digital environment in which internet freedom, data privacy and cybersecurity are held to high standards. 5G is around the corner and it will spawn a whole new breed of apps that harness VR, AR and IoT with diverse end-uses, ranging from e-learning to telemedicine, and entertainment to e-commerce. India has leaped into a new digital age, the app developers who have now got wings to secure themselves for the future. It will increase data localisation requirements, public-private partnerships to benefit from facilitating the buildout of robust cloud infrastructure and high-capacity data centres to make India an international mega-node of commercial digital activity. 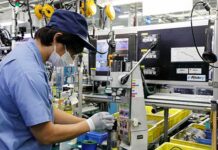 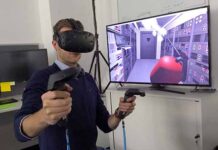 The Immersive Experience of VR Technology with Electronics 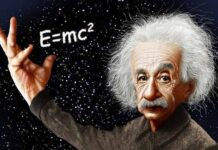 DIY – How To Create Matter From Light?