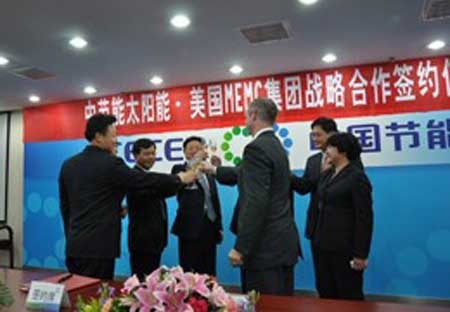 SHANGHAI, June 24, 2019 – In order to reduce operating costs for solar power operators, CECEP solar energy technology has unveiled a series of PV products and systems in SNEC 2019 organized from June 4 to 6, 2019. He incorporated the company’s “luminary lineup” – colorful PVB double-glass module and high ineffective half cut cell module. The latest products of CECEP are presented in the company’s efforts to reach grid parity.

Half-cell module
CECEP’s other highlighted product was its highly effective half-cut cell modules in which solar cells are cut in half to boost a module’s performance and durability. According to CECEP’s deputy general manager, half-cell modules have become the dominant trend in the solar energy industry as they can increase generating capacity and guarantee more power output.

“We are looking to achieve ‘grid parity’ in response to increasing demand from the market; the PV industry is seeking more alternative ways to up the conversion efficiency and lowers the costs. Half-cell technology has more substantial power generation efficiency and thermal endurance, making it the prime choice for module companies. PVB double-glass has a higher resistance to severe weather conditions, more reliable performance with a longer lifespan and higher generating capacity,” said Huang Guoping, Deputy General Manager of CECEP Solar Energy Technology.

In 2018, CECEP began upgrading some of its critical infrastructures to meet the growing demand and in preparation for mass production of the modules has established a multi-function production line that can manufacture half-cell modules and PVB modules simultaneously.

According to the director of the recently upgraded Module Department, He Fei, the objective is to achieve mass production and automation. “We are aiming for a 500MW output of half-cell modules and double-glass modules for the module department,” said He.

CECEP’s cell department will begin its upgrade in August 2019. Director Gao Ronggang said their objective is to increase the capacity of mass production with a focus on mono-crystalline PERC cells.

CECEP’s IT department has been integrating “smart genes” into manufacturing, management, service and logistics. Department Head Li Ning said they are a service and solution-oriented working group; they also created two digital systems to monitor and operate its projects. 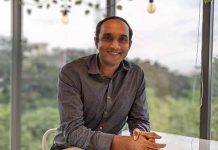 Cyware brings onboard VMware’s Ashwin Hegde as VP of Engineering 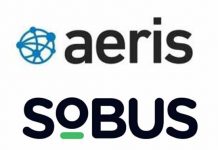 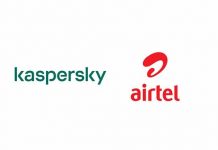