TimesTech Buzz: What has influenced EESL to work on planting 1000 charging stations across the Country?

Saurabh: Investments in setting up charging infrastructure are critical to support EV penetration and to address the ‘range anxiety’ challenge. Energy Efficiency Services Limited (EESL) has been anchoring the EV eco-system development in the country undertaking demand aggregation for procuring EV’s and setting up EV charging stations. The Ministry of Power, as part of the draft policy on charging infrastructure for electric vehicles, recommends that at least one public charging station should be installed in a grid of 3 km X 3 km. This is the key objective for setting up 1000 charging stations initially by EESL.

TimesTech Buzz: How do you think India’s Electric mobility sector will boom so far in 2025-2030?

Saurabh: Global Electric Vehicle (EV) market is at the herald of a new beginning. Policy push towards adoption of EVs across major economies have led to record level increase in sales. By 2030, the International Energy Agency (IEA) estimates there will be 125 million EVs on the road, based on existing and announced policies from around three (3) million EVs in 2017. As adoption of EVs increase, their charging requirements will also increase, indicating a corresponding requirement for expansion of public charging infrastructure.

The Government of India (GOI) is proactively working towards large scale deployment of cleaner mobility solutions in the country including deployment of EVs. Alongside, several state governments are strongly working towards EV adoption. At the central level, the Energy Efficiency Services Limited (EESL) has been anchoring EV eco-system development, undertaking demand aggregation for procuring EV’s for government use. Further, it is supporting several state governments in the transition by bringing in innovative business models and implementation wherewithal for accelerated roll-out of public charging infrastructure.

It is expected that, with the promotion of EVs through a series of regulatory, fiscal and promotional measures in India, the penetration of EVs is likely to be 30% of all vehicles by 2030.

TimesTech Buzz: How is EESL impacting lives through its innovative programmes? Throw some light on EESL’s energy efficiency initiatives?

Saurabh: The following programmes target energy efficiency in stated segments as it offers enormous opportunity to save energy-

Unnat Jyoti by Affordable LEDs for ALL (UJALA): 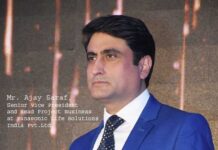 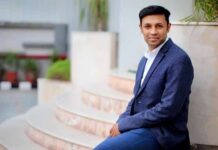 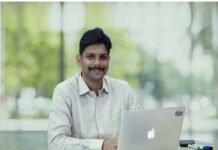