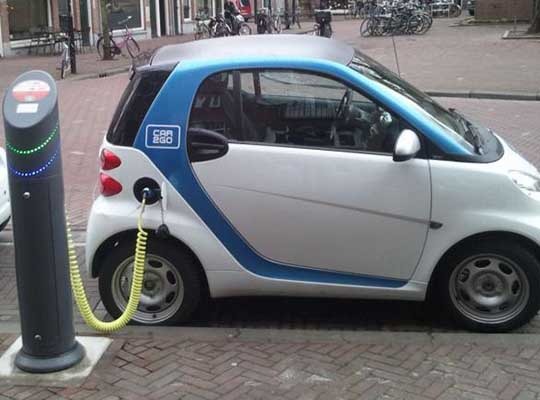 Owing to the increasing adoption of the electric vehicles globally due to their reduced costs, increasing fuel prices, and increasing government initiatives such as subsidies and tax benefits along with strict environmental norms, the electric vehicle charging infrastructure market is projected to gain traction over the forecast period. In 2019, Asia Pacific region dominated the market by accounting the majority share in this market.

There has been a significant increase in the adoption of electric vehicles (EVs) especially in the cars segment. Major companies are working towards developing and launching new EV models with advance research and development due to the growing demand. This scenario has credited the growth of the EV charging infrastructure market. Earlier the charging for these cars was done only at the residences, however, owing to the increasing number of EVs in the market, major companies along with the government organizations are coming up with the charging infrastructure for the public utility. These infrastructures are being commonly developed within the city limits, thus benefiting the customers to charge their cars at high speed with reduced time and cost.

The penetration of EVs is high in regions such as Asia Pacific, North America and Europe, thus making them prime revenue generators collectively of the EV charging infrastructure market. Asia-Pacific is a lucrative market with high development potential attributable to the fast expanding quantities of electric vehicles in countries such as India, Japan and China. In the Asia-Pacific region, Japan has the fastest adoption of EV charging stations. India on the other hand is following the suite and have recently installed their first charging station which was jointly developed by the government and an online cab service provider.

Development of advanced DC chargers which can charge the EVs in less than 30 minutes are further helping the market to grow. Connectors such as CHAdeMO and Combined Charging System (CSS) along with superchargers developed by Tesla Motors, Inc are further fueling the growth of this market. In addition, the advancements in the charger type for creating fast charging arrangements are projected to drive the market development.

Key Findings from the study suggest Asia Pacific region is expected to command the market over the forecast years. Major automobile manufacturers are seen to be vigorously investing in advancing EV charging framework. For example, Bavarian Motor Works (BMW), Volkswagen, Ford Motors, and Daimler declared a venture for the advancement of over 350 charging stations throughout the European region. North America is presumed to be the fastest growing market, developing at a rate of more than 45% over the forecast period. The electric vehicle charging infrastructure market is presumed to develop at a CAGR of over 36.1% from 2020 to 2026. The fast chargers segment is presumed to display the speediest development.