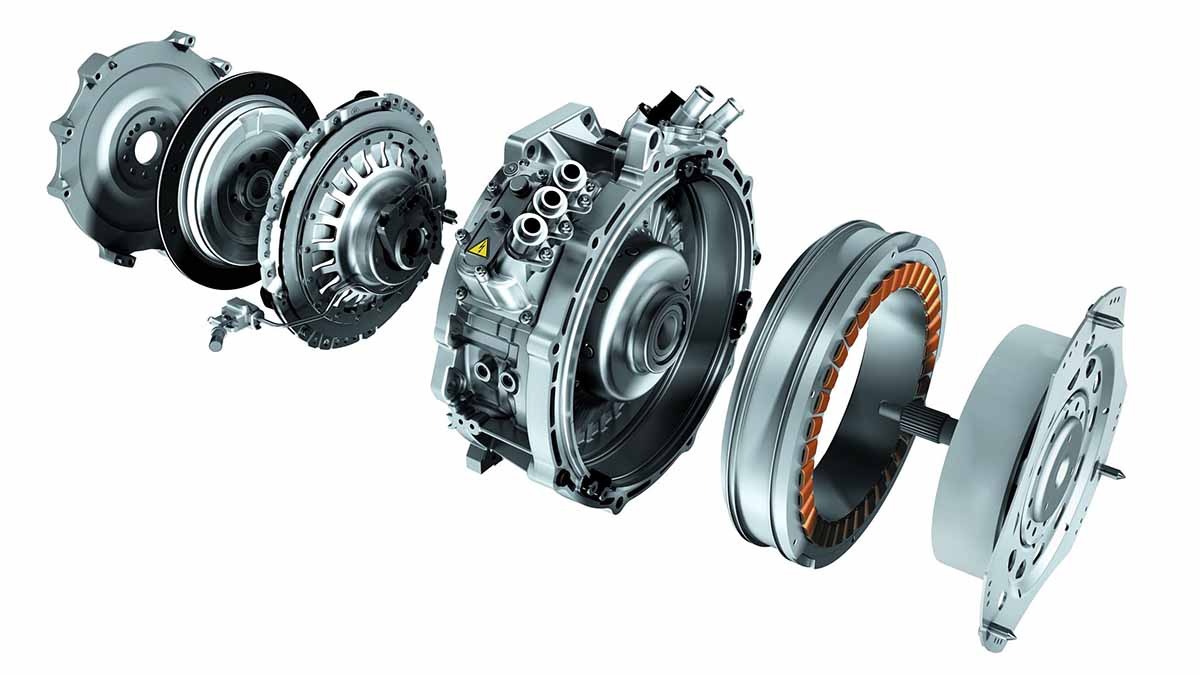 Control strategies are influenced by the choice of motor design and application objectives which in turn influences the electronics platform that is used for implementation of the same. The environment often influences the choice of motors and not just its capability for a particular application. For instance, in the automotive sector, a motor may be chosen for its ability to operate from a low-voltage battery rather than in an Alternating Current (AC) environment. Brushed DC (BDC), Brushless DC (BLDC) and Permanent Magnet Synchronous (PMS) motors are popular in this segment. Washing machines or industrial machinery are mains-powered and are designed with an ACI motor that has the ability to run directly on 110V, 220V or on higher voltage. Sometimes however, industrial users may favor high-voltage BLDC or PMS motors as they might be offering higher torque at lower speeds compared to ACI motors.

What this means is that control strategies are influenced by the choice of motor design and application objectives which in turn influences the electronics platform that is used for implementation of the same. The most straightforward motor control is no more than a switch or voltage regulator. The common strategy for simple designs in ACI motors is volts-per-hertz. However, this can lead to low torque when the motor is rotating slowly, which is unacceptable in many applications.  Motor designers can overcome many deficiencies of a type of motor if they understand the more complex control strategies involved. Take the stepper motor: it is designed to move in fixed steps, but micro-stepping, an advanced control technique can help achieve high-resolution positioning and fluid motion.

High-performance Field-Oriented Control (FOC) strategies use mathematical models of the flux inside the motor to determine accurately, the supply of power to any of the motor phases. Volts-per-hertz has always been a challenge for motor control, but deploying FOC can help overcome this better than less sophisticated strategies. With FOC one is assured of high torque over a wide speed range with the added  advantage of supporting positioning accuracy without expensive sensors – determining the rotor position relative to the stator windings by measuring returning current from the motor winding.

Multi-axis robots and Computer-Numerically Controlled (CNC) machines represent the high end of accuracy and precision requirements and often use a combination of different motor types. Its high-performance requirements requires designers to frequently use high-speed DSPs or FPGAs. Activity coordination of several motors simultaneously are performed by these controllers: like moving robot arms or machine tools through precise paths using servo encoders for position information feedback.

One long-term trend that continues to exert influence on motor-control designs, is energy efficiency for systems that need to run continuously for longer durations. Besides using FOC techniques for improving internal motor efficiency, advanced algorithms ensure higher efficiency by adjusting output power levels in real-time rather than just running the motor at a constant speed. Besides motor efficiency, reliability and cost are other important considerations that influence both, the selection of Microcontroller Units (MCUs) and the motors themselves.

Design teams are now beginning to adopt Permanent Magnet-Assisted Synchronous Reluctance (PMASR) and Interior-Permanent Magnet (IPM) motors in home appliances and automotive systems, particularly for air-conditioner and refrigerator compressors. While these motors come at a high cost than the conventional PMSM designs, the ROI is greater energy efficiency. The move to IPM-based motors also calls for additional control software to improve the operation of the core FOC algorithms. Key additions are the Maximum Torque Per Ampere (MTPA) algorithm, Field Weakening (FW) for higher speed, and the use of an Angle-Track Phase-Locked Loop (AT-PLL) estimator.

Motors come in several different forms, each with a different set of control algorithms. Often, the same hardware peripherals are used to interface with the motor windings. It is common for MCUs and Digital Signal Controllers (DSCs) to be optimized for motor control by including a combination of intelligent peripherals which are consistent across a variety of processor architectures. MCUs used for motor control provide hardware support for Pulse Width Modulation (PWM) and dead-time insertion which in turn is critical for the functioning of several switching events necessary for delivering precise power control to each of the motor windings without direct intervention from the software. This reduces the number of interruptions the core needs to take per rotation.

One of the other requirements in many motorsisan accurate 10 or 12-bit A/D converter. The Analog-to-Digital (A/D) converter is used to measure motor-phase voltage feedback and to detect over and under-voltage situations. Some designs use op amps to condition the motor phase current feedback prior to feeding it to the A/D converter. MCUs with integrated op amps as well as comparators to detect analog thresholds keep the component count low on the Printed Circuit Board (PCB).  Integrations that combine the power-MOSFET gate drivers with the MCU/DSC into a single package reduce the PCB area, which can be particularly important for automotive and power-tool manufacturers.

An 8-bit converter armed with PWM controllers can satisfy many low-end motor-control applications. However, in case additional computing power is required, then it’s advisable to move to a 16-bit architecture of the same or similar product. In case the closed-loop control code needs to process voltage feedback and other signals sampled by the A/D converter, the need to split arithmetic operations into 8-bit segments can hinder performance. These scenarios call for a move to the 16-bit MCU or DSC, where the DSC can provide maximized performance for sophisticated, higher-efficiency control algorithms. 32-bit architectures with the Arm Cortex -M would be a good option in case one was looking for servo motor control strategies using mathematical models for calculating trajectories and motion profiles. Cores such as the Cortex-M4 or M7 support floating-point arithmetic, which allows easy conversion of code developed in high-level tools such as Matlab.

Microchip has introduced software to ease the  adoption of complex FOC algorithms. Microchip’s MotorBench Development Suite (mB) provides tools to extract the electrical and mechanical parameters of a BLDC or PMSM motor which is then applied to  an FOC algorithm where the user can proceed to tune the three control loops used to manage the motor. Once the control loops and other algorithm parameters are defined, the tool outputs a software project file ready for compilation using the MPLAB X Integrated Development Environment.  The introduction of mB 2.0 has added support for high-voltage motors up to 600 volts to the existing low-voltage motor tuning capabilities.

More often than not the peripherals required for motor control tend to remain consistent across a wide range of applications. However, multiple variants of MCUs and DSCs are required to handle the growing complexity of system designs. Networking support is a key requirement today for automotive, home-automation and industrial-control systems. Systems today come equipped with capabilities of sharing usage and error data with a core management system besides allowing remote-control, giving them an edge over other systems.

Each sector has its own networking protocols that, in turn, influence peripheral choices. Typically, automotive subsystems need interfaces such as LIN or CAN-FD. Industrial systems may use Ethernet or EtherCAT, with wireless becoming a common choice for integration into IoT environments. When systems provide networking support it increases the need for storage of program code, often boosting on-chip Flash to the 256KB or 512KB range. RAM requirements are also higher to support the communication stacks. Standalone motor-control applications have traditionally only needed 32KB or less of program Flash.

Industrial control and automotive sectors have stringent functional safety requirements.  System designers need to conform to standards such as IEC 60137 Class B or C and ISO 26262 when designing for these sectors. The inclusion of memory controllers with error detection and correction abilities as well as watchdogs, dead-man timers, and power and clock monitors ensure that MCUs can support these standards. Designers can leverage advances in DSC architecture to further improve reliability and safety. If the system uses two processor cores, software running on each core can check the behavior of the other and flag issues or trigger a reset in case execution stalls for an unknown reason.

Dual-core capability can be leveraged in other ways. By splitting the workload across two independent processors, design teams can simplify the integration of real-time motor-control software with other functions such as networking in IoT-oriented designs. Such uses are supported by the dual-core dsPIC33CH family of motor-control DSCs.

These devices have two dsPIC cores on the same die; a master core and a slave core. The slave core has enough processor bandwidth to control two three-phase motors, whereas the master core can independently control a further three-phase motor and handle management, networking and other functions including power factor correction (PFC) in high-power applications. As motor technology continues to evolve and application demands change, MCU and DSC designs will continue to undergo changes and innovations, with improved performance catering to increasingly complex control strategies as well as system-management and communications functions. 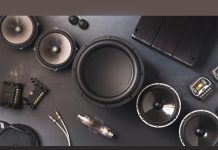 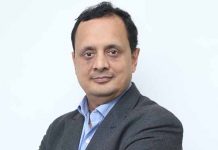 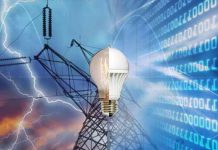