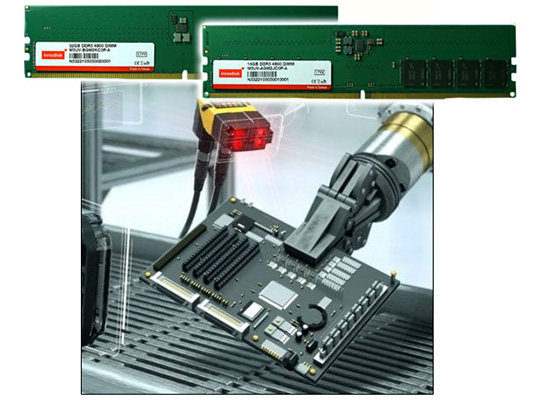 NORTHVALE, New Jersey – New Yorker Electronics has announced its release of the new Innodisk Industrial-grade DDR5 DRAM modules. The JESD79-5 DDR5 SDRAM offers significant improvements in capacity, speed, voltage and ECC functions. The modules comply with all relevant JEDEC standards and are available in 16GB and 32GB capacities, as 4800MT/s.

The Innodisk DDR5 specification details up to four times as much capacity per IC, raising the maximum achievable per die capacity to 64GB and bringing the maximum potential capacity for a single DDR5 DIMM to 128GB. The Innodisk DDR5 DRAM also has a theoretical maximum transfer speed of 6400MT/s, doubling the rate of its predecessor, DDR4. In addition, the voltage has been dropped from 1.2V to 1.1V, reducing overall power consumption.

Another structural change is that power management has been moved onto the DIMM, reducing redundant power management circuitry on the motherboard for unused DIMM slots as in prior generations. For DDR5, each DIMM has two 40-bit channels (32 data bits, eight ECC bits each) for the same data total with more ECC bits. Two smaller independent channels improve memory access efficiency, leading to greater speeds with higher efficiency. New Yorker Electronics supplies the Innodisk DDR5 up to 32GB and 4800MT/s. 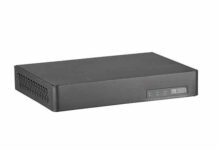 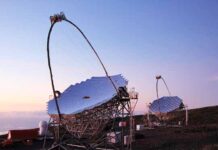 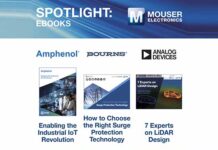