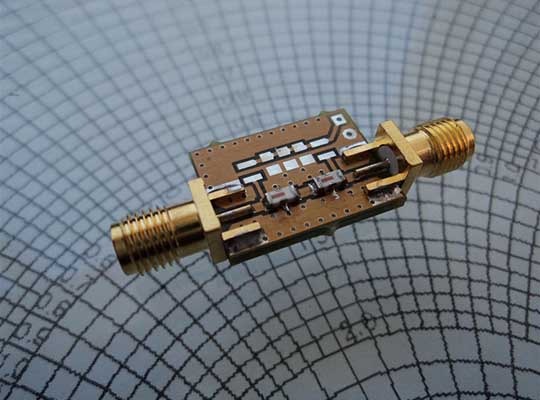 Growth of RF filter market is largely influenced by several industry-specific factors including rising demand for satellite phones and increasing penetration of smartphones worldwide. With an upswing in digitization, the semiconductor scenario has drastically changed, paving significant pathways of growth for RF filter, according to the report. According to study, RF filter market to grow at a stellar value CAGR of 17.3% during the period of forecast, 2018-2026. RF filter sales are estimated to touch a value of around US$ 25 Bn by the end of the period of assessment.

5G on the Go – Trend Fueling Sales of RF Filter

5G has witnessed noteworthy acceleration since the past few months on the back of rising demand for high bandwidth from internet users worldwide. This has translated into increasing 5G field trials and deployments as service providers are sprinting to provide high speeds and next generation services to subscribers. Against this backdrop, semiconductor manufacturers are investing in developing their offerings for 5G-capable infrastructure. Manufacturing of 5G chips is expected to create potential opportunities for manufacturers of RF filter in the coming years, in turn pushing the growth of the RF filter market. This factor is expected to accelerate the use of RF filter in mobile phone communications, making it an attractive application area that RF filter manufacturers can leverage to gain profitability.

Use of RF filter technology in aircraft such as Boeing and Airbus, for enhancing electronic surveillance, RADAR systems, navigation, GPS, Air Traffic Control (ATC) and data exchange is expected to auger well for the growth of the RF filter market. Moreover, rising demand for improved conversations between ground staff and pilots has fueled the sales of RF filter technology in the aerospace sector at a substantial rate.

Developed economies of North America, particularly the United States, have showcased higher adoption of RF filters since the past few years. According to the report, sales of RF filter in North America are projected to swell at a significant pace, making North America a highly lucrative market for RF filter. On the other hand, sales of RF filter in China and Japan are expected to soar at a high rate, with China at the forefront. Growing demand for RF filter in China can be attributed to the increasing shipments of smartphones in the country coupled with rising purchasing power parity of the Chinese people. Manufacturers of RF filter can expect a steady stream of opportunities from China and the United States in the years to follow.

Technological advances in the semiconductor industry have facilitated increased production of radio frequency devices since the past two decades. However, mushrooming growth of new technologies has translated into crowding of the RF filter spectrum thereby increasing complexities. Special RF filters are used in smartphones and communication technology, which are essentially SAW (Surface Acoustic Waves) filters. However, as bands are closely allocated with each other, the system is likely to project a lag or delay of around one minute causing interference of frequencies. This is expected to confine the growth of the RF filter market during the period of forecast.

These insights are based on a report on RF Filter Market by Persistence Market Research.