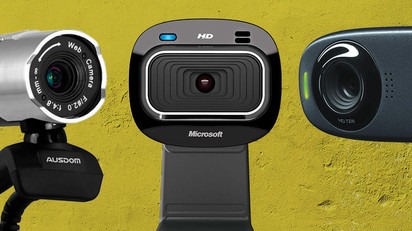 Global Webcams Market was valued US$ 5.18 Bn in 2017 and is expected to reach US$ 10 Bn by 2026, at a CAGR of 8.57 % during a forecast period. The webcams market is segmented into the product, technology, distribution channel, end-user, and region.
In terms of product, webcams market is segmented into USB, and wireless. Based on the technology segment, webcams market is classified into analog, and digital. Further distribution channel, webcams market is divided into the brick & mortar, and e-commerce. Further end-user, webcams market is categorized into security & surveillance, entertainment, video conference, live events, visual marketing, and others. Based on regions, the global webcams market is divided into five main regions are North America, Europe, Asia-pacific, Latin America and Middle East & Africa.
The major driving factor of webcams market is increasing adoption of web cameras in security and surveillance, video conference, entertainment, live events, and visual marketing, among others. These popular, real-time monitoring devices are used for recording on-going events. Multiple cameras installed at different angles continuously record indoor and outdoor events. The received data can be viewed and shared using Bluetooth or via the internet. Additionally, a growing need for security and surveillance due to increasing terrorist activities and local crimes is a significant growth driver.
Complex functioning and fluctuation in speed has hampered the growth of webcams market due to the ill-effects of poor connectivity on the quality of images and videos.
In terms of product, USB segment is anticipated to account for revenue during the forecast period due to USB cameras are connected to laptops or desktops via cords, cables, or wires or are clipped onto monitors. Software applications are platforms that enable users to view as well as transfer images from webcams to other devices. Wireless cameras are connected to desktops using Wi-Fi or Ethernet and do not necessitate a cable. Owing to the growing proliferation of internet worldwide, wireless web cameras are expected to witness faster deployment over the forecast period.
Based on technology, analog, and digital tracking cameras vary based on the type of image sensors used to convert light signals into digital signals. Analog cameras are equipped with charged coupled devices, which are analog optical chips deployed for converting light into electrical signals. These processed electrical signals are then transferred to another chip where the signals are digitized, and subsequently, the data is stored in a memory chip inside the web cameras. The maximum resolution limit of these cameras is 640×480 pixels; however, the quality of images and videos is poor as compared to digital webcams. In contrast, a digital segment is anticipated to witness significant growth in terms of revenue, as well as volume during the forecast period due to digital cameras, are deployed with complementary metal-oxide-semiconductors which directly convert light into digital signals to accumulate recorded information.
The process takes place inside a single chip, making digital webcams cheaper compared to analog ones. Digital cameras feature a viewing angle of 100+ degrees and offer high-resolution videos.
On the basis of region, North America accounted for the largest revenue share of the global market, and the region is expected to continue dominating the market over the forecast period due to high adoption of webcams in North America is attributed to increasing need for security and surveillance at homes and commercial areas. Web cameras are being widely used in the region for recording on-going events, security and surveillance, visual marketing, and online education.
Major players enjoying a prominent position in the webcams market include 10Moon, Canon, Inc., Cisco Systems, Inc., D-Link Systems, Inc., Koninklijke Philips N.V., Lenovo, Logitech, Microsoft, Nexia International Limited, Razer Inc., Sony Corporation, and Xiaomi.
The scope of Global Webcams Market:
• USB
• Wireless
• Analog
• Digital
• Brick & Mortar
• E-commerce
• Security & surveillance
• Entertainment
• Videoconference
• Live events
• Visual marketing
• Others
• North America
• Europe
• Middle East & Africa
• Asia Pacific
• Latin America
• 10Moon
• Canon, Inc.
• Cisco Systems, Inc.
• D-Link Systems, Inc.
• Koninklijke Philips N.V.
• Lenovo
• Logitech
• Microsoft
• Nexia International Limited
• Razer Inc.
• Sony Corporation
• Xiaomi

E-Waste Recycling & Disposable Market at a CAGR of 11% over

Smart Building Market is projected to expand at a CAGR of 24.9% over