Anritsu provides various test and measurement solutions for Radar related measurement. Some of the popular instruments from Anritsu are

These instruments are used in R&D, production and maintenance of various communication network which use a lot of electronics inside. This article cover some basic terms used in A&D industry and measurement methods.

Military and major aerospace companies maintain radar cross section (RCS) facilities as part of Radar and Electronic Peacekeeping. Tests are conducted at these labs to verify that stealth designs are successful in reducing RCS to a level that can protect our forces.

Peacekeeping organizations maintain communications systems that can be deployed anywhere and are capable of voice, video and data transmission to aid in peacekeeping operations (PKOs). Technology is being used to help monitor conflicts and arms embargoes, carry out early warnings, and maintain situational awareness necessary to identify threats and support humanitarian efforts.

RADAR is an acronym which stands for Radio Detection and Ranging. The basic concept is that a pulsed electromagnetic wave of known power and frequency is transmitted in a specific direction where it encounters a target that reflects some portion of the signal back, which is measured by a receiving device. Radars can use CW signals, basic pulses and a wide variety of other signal waveforms.

In addition to range, other information about the target can be detected, such as speed and direction, by varying parameters of the radar system. For example, scanning an area with a highly directive antenna can provide the direction of the target in azimuth and elevation, while measuring the frequency shift of the received signal can provide the target’s speed.

Target range is a fundamental use for most radar systems. Radar systems have evolved significantly in how they are constructed, the signals used, the information that can be captured, and how this information can be used in different applications. Radar is used in a wide array of both military and civilian applications, including:

This is a coherent radar system in which the received pulse-to-pulse phase variations enable the element of speed to be added to the distance and direction of the target. They typically utilize high pulse repetition rates (PRRs), which enables more accurate radial velocity measurements, but have less range accuracy. Doppler pulsed radar systems are used to detect moving targets while rejecting static clutter, which can be very helpful in weather monitoring applications.

MTI radar also uses Doppler frequencies to differentiate echoes of a moving target from stationary objects and clutter. Its waveform is a train of pulses with a low PRR to avoid range ambiguities, at the expense of velocity accuracy. These types of radar systems are often used in ground-based aircraft search and surveillance applications.

Short pulse width signals provide better range resolution, but have limited range. Long pulse width signals contain more energy and provide a longer detection range, but sacrifice resolution. Pulse compression combines the power related benefits of long pulse widths with the resolution benefits of short pulse widths. By either modulating the frequency (e.g., linearly for an FM chirp) or the phase (e.g. with a Barker code) of the transmitted signal, the long pulse can be compressed in the receiver by an amount equal to the reciprocal of the modulating signal bandwidth. Many weather monitoring systems have moved to pulse compression radar.

A number of methods are currently being used to make pulse measurements, including narrowband or band-limited methods, triggered methods and wideband methods. Unfortunately, they all come with limitations and trade-offs. The high-speed digitizer measurement method represents major technology advancement over all prior pulse measurement test methods. While similar to the “historic” wideband method, this method is based on direct acquisition – but at a much higher data rate than was previously available.

By using a high-speed digitizer and performing the alignment with pulse data in a post-processing sense, one avoids the triggering latency issues associated with triggered measurements and potential jitter/inconsistency problems with that triggering. The resolution is set mainly by the acquisition rate instead.

The pulse profiling measurement focuses on the structure of data within the pulse. The measurements are made in the time domain, while the frequency and power are kept constant. This measurement mode is useful for determining pulse characteristics such as overshoot/undershoot, droop, and edge response (e.g., rise/fall time).

The pulse-to-pulse measurement quantifies variations between pulses in a pulse stream. The measurements are also made in the time domain, while the frequency and power are kept constant. This measurement mode is useful when trying to determine whether the pulse characteristics are varying over time. For example, high power amplifiers may have thermal effects which can cause variances in the gain or phase.

Vector Network Analyzer (VNA) is very popular T&M instrument used by many aerospace scientist/ engineers for design of RADAR and other communication network elements such as cable, connectors, cable assembly, antenna system transmitters etc, Radar Cross Section (RCS) measurement is very popular measurement in A&D segment and VNA is perfect candidate for this applicaiton. Radar cross section RCS is the measure of an object’s ability to reflect radar signal in the direction of the radar receiver i.e. it is the measure of the ratio of backscatter per steradian (unit solid angle) in the direction of the radar (from the target) to the power density that is intercepted by the target.

Vector Network Analyzers are perfect elements of an RCS measurement system. They have the measurement speed and accuracy – as well as Time Domain capability – to provide the overall S-parameter critical performance information to help ensure successful stealth designs.

The VNA Master and Site Master families are easy-to-use tools to help make these humanitarian efforts successful. Specifically designed for rugged field environments, they are lightweight and have field-replaceable Li-Ion batteries. Their wide operating temperature range means they will work wherever humanitarian operations are needed.

They also employ the Frequency Domain Reflectometry (FDR) measurement technique for distance-to-fault (DTF) measurements. This allows our instruments to locate slight signal path degradation that is missed by other instruments that use Time Domain Reflectometry (TDR) techniques. Such detection capability helps insure the safety and security of peacekeepers, as well as the effectiveness of their missions.

When equipped with the Vector Voltmeter Option 15, the Anritsu VNA Master is a convenient and accurate vector network analyzer for measuring absolute insertion-phase characteristics or comparing phase match between multiple RF cables. It is an especially useful tool in field test configurations, where access to AC power is typically limited. The VNA Master’s Vector Voltmeter mode effectively replaces the functional ratio measurements of now obsolete vector voltmeters and the signal generator. However, it cannot be used to measure RF voltages, which of course, are not needed for determining phase shift. When configured with VVM Option 15, the VNA Master provides detailed software routines and data displays for making phase-cable measurements. It contains its own built-in vector insertion loss and phase receiver, a wideband signal source and directional bridges/couplers—all configured internally—for conducting both 1-port and 2-port measurements at selected CW frequencies . Unlike VVMs with their 1000-MHz limit, the VNA Master with Option 15 measures cable characteristics to 4 GHz, 6 GHz, or 20 GHz (depending on model), making it a suitable replacement for the most used VVM ratio function—measuring component parameters.

The two techniques used by the VNA Master to obtain cable-phase measurements are: 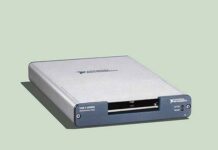 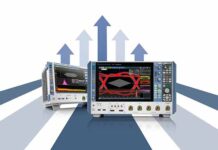 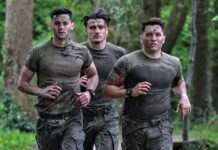