TAIPEI, TAIWAN – January 26, 2019 – The Taiwan Ministry of Science and Technology (MoST) led 44 top-tier innovation teams to once again strive in the Consumer Electronics Show (CES) in Las Vegas from January 8th to 11th, 2019. The Minister of Science and Technology, Chen Liang-Gee, announce today the success of the Taiwan Tech Arena Pavilion’s startups team during the CES 2019 exhibition and the post-CESexhibition at Silicon Valley matchmaking event. Companies Awowo, AgriTalk Technology and GANZIN shared their achievements and substantial results. The 44 Taiwanese technology innovation teams won more than NTD 5.5 billion in business opportunities, with the attention from 20 international media. It is evident that Taiwan’s technological strength and innovation capabilities were well received.

MoST selected 44 promising startups team in 6 categories: Internet of Things (IoT, 25%), Cyber ​​Security & Software (20%), Artificial Intelligence (AI, 18%), Healthcare (14%), wearables (14%), and Advanced Manufacturing (9%).  There were 8 teams among the 44 teams won the CES 2019 Innovation Awards before the exhibition, and most of the teams attracted big manufacturers and engaged with venture capitalists during the CES. 15 teams also participated at the Taiwan Pitch Night and matchmaking event at Silicon Valley which pitch and connect directly with global venture capitalists.

One of the TTA startup teams Awowo, who developed FreeStyle Drum with a unique WPW patent technology to replicate a real drum, has replaced the traditional drumhead with a smaller enamel film, and reduced the large space occupied by electronic drum kits. The sensitivity and responsiveness of the FreeStyle Drum are 10-times faster than an electronic drum kit. Joe Liu, CEO of Awowo, said that through the exhibition, they have signed a million-dollar order and will soon be announced in Guangzhou Music Festival in February. Being in music and instruments business for 2 decades, Liu said that it is CES and the support from the Ministry that traditional industries can explore new business potential if combining innovative technology application.

Another promising team AgriTalk Technology develops an “AgriTalk Management Platform” that controls the production of agricultural products with technology. According to Professor Wen Liang Chen, founder of AgriTalk Technology, the system integrates sensors to acquire biological and environmental data, regulates pests, diseases, soil, and fertility. Chen’s love of biotechnology and his farm family background has motived him to look for a total solution for farmers to not only monitor farmland condition, but also improve crop quality. With the support from the policy of National Chiao Tung University to promote cross-disciplinary education and “Taiwan Startup Institute” (TSI Accelerator) launched by the Ministry, he and his team founded AgriTalk. During CES, buyers from Dubai, Chile, Canada, India (Mumbai), the Philippines, Sweden, South Africa, Italy, France, the Netherlands, etc. negotiated with AgriTalk. The company also won first place in Taiwan Pitch Night during the post-CES event; their future business opportunities are estimated to be more than NT$900 million, and the potential of foreign markets cooperation is out of Chen’s imagination.

Ganzin Technology also understands more about the global market via CES and the supports from the Ministry. Ganzin focus on creating the next generation eye tracking modules that can be easily integrated into AR/VR modules to help unlock the potential of the eye as a seamless interface into the extended reality world. Over the last few years, they have re-designed the necessary algorithms for a highly precise eye-tracking module, the result is Aurora, a dramatically re-architected eye-tracking solution with a small form factor and minimal power requirements. Ganzin is one of the teams that participated in CES Unveiled and was included in the “Best of CES” of Reuters, said Shao-Yi Chien, founder of Ganzin.

It is the second year, the MoST led startups team to CES. With the strength of startups’ solid technology background and innovative solutions and the support from Taiwan Tech Arena, Taiwan got exposure in international media 20 times higher than last year. Other than the 4 CES 2019 Innovation Award Honorees and shortlisted teams that were invited to participate in CES 2019 Unveiled, Taiwan tech startups also attracted worldly known corporations in their own categories, including T-Mobile, Amazon, Apple, Facebook, Coka Cola, Toyota, etc.

The achievement of CES 2019 and Silicon Valley Post-CES matchmaking events successfully demonstrated the support by MoST. Via TTA, MoST had invited local and international accelerators and academic research to provide various resources for Taiwan startups ecosystem. The platform organized by TTA connects Taiwan startup teams to international market. TTA will continue to strives for global exposure of Taiwan tech startups and technology capability to deepen Taiwan’s key position in the global economy and startup ecosystem. 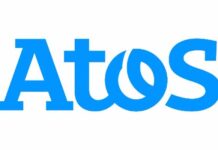