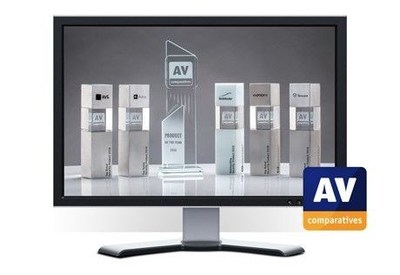 INNSBRUCK, Austria, March 13, 2019 – As cybercrime becomes ever more common and ever more sophisticated, the importance of effective security programs increases accordingly. AV-Comparatives’ Awards Ceremony for its 2018 tests recognised those vendors whose products provide truly effective protection against IT threats. The event was held on 4th and 5th of February 2019 in Innsbruck, and 36 IT-security specialists from 12 countries attended. As cyber-threats continue to evolve, so must the testing of security solutions, and so AV-Comparatives’ new Enhanced Real-World Test, which will be run for the first time in 2019, was introduced.

Participants were also treated to a thrilling bobsleigh ride at the Olympic Bobsleigh and Luge Track in Igls. The bobs reached a top speed of over 120 km/h!

At the Awards Ceremony, various awards were handed over for top-performing security products tested during the course of 2018. There were AV-Comparatives Approved Product Awards for qualifying consumer and business products. In addition, there were various awards for the Consumer Main Test Series – both for individual tests, and for overall results across the test series.

Product of the Year Award

Avast received the Product of the Year Award 2018 (1st place overall), having reached top scores in every test throughout the year.

Bitdefender was rewarded with the Outstanding Product Award 2018, having also reached top scores in all the tests.

Message from the CEO

AV-Comparatives’ founder and CEO Andreas Clementi commented, “We would like to thank everyone who came to this event in Innsbruck for making it such a success. As cybercrime continues to rise, effective security products are more important than ever. We congratulate the security vendors whose products stood up to rigorous independent testing that mimics real-world scenarios.”