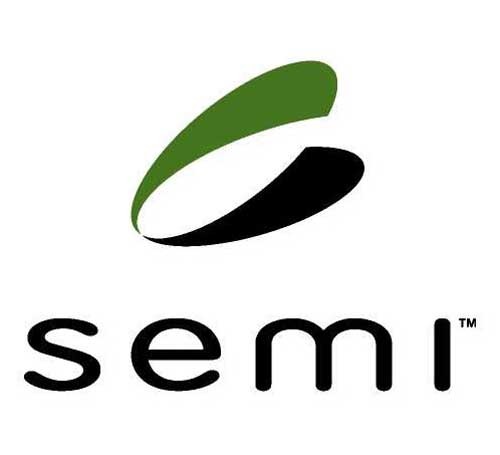 MILPITAS, California, March 13, 2019 – Global fab equipment spending is expected to decline 14 percent (US$ 53 billion) in 2019 but stage a strong recovery of 27 percent (US$ 67 billion) to set a new record in 2020, according to the Q1 2019 World Fab Forecast report issued by the Industry Research & Statistics Group at SEMI. Spurred by a slowdown in the memory sector, the 2019 downturn marks the end of a three-year growth run for fab equipment spending.

Over the past two years, memory accounted for an annual share of about 55 percent of all equipment, a proportion expected to drop to as low as 45 percent in 2019 but rebound to 55 percent in 2020. With memory representing an outsize share of total spending, any fluctuations in the memory market impacts overall equipment spending. Figure 1 illustrates the sudden historical and forecast changes for each half year starting with the second half of 2018.

A review of fab equipment spending by half year shows that high inventory levels and weakening demand led to a bigger-than-expected decline in DRAM and NAND (3D NAND) in the latter part of 2018, driving down memory spending 14 percent. The downward trend is expected to continue into the first half of 2019, with memory spending dropping 36 percent, though memory spending could rebound 35 percent in the second half of the year.

Despite the comeback in the second half of 2019, the report points to a 30 percent plunge in overall memory spending for the year after reaching record highs in 2018.

Foundry Spending Falls in Second Half of 2019

Foundry is the second largest sector after memory for fab equipment spending. Over the past two years, the annual share ranged from 25 percent to 30 percent per year. In 2019 and 2020, we expect the yearly share to hold steady at about 30 percent.

And while foundries typically fluctuate less than the memory sector in equipment spending, they are not immune to shifts in the market. For example, following the decline of memory, foundry equipment spending fell by 13 percent in the second half of 2018 from the first half of the year.

SEMI’s World Fab Forecast report details fab spending, capacities, and technology geometries by quarter and by product type with over 1,300 front-end fab listings. Since its most recent publication in November 2018, 23 new facilities/lines have been added to the report.