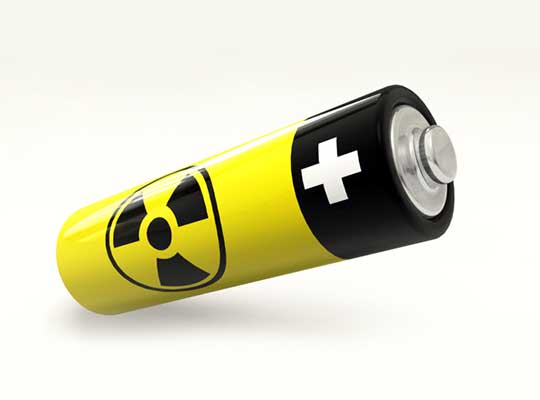 Compulsory use of nuclear power all over the world resulting in the unwanted and dangerous nuclear waste and estimated 34 million cubic metres of global nuclear waste will cost over $100 billion to manage and dispose. However, this waste can be put to useful applications in the form of nuclear diamond batteries to meet the growing dependence of mankind on the use of batteries in daily life from electronic equipment’s to electric vehicles. A lot of this waste is graphite that is one of the higher risk radioactive waste and one of the most expensive and problematic waste to store. The California-based start-up Nano Diamond Battery has unveiled a battery that uses nuclear waste and lasts up to 28,000 years. The power of the nano-diamond battery comes from radioactive isotopes used in nuclear reactors. Radioactive diamond batteries are thought to be a possible cure for growing piles of nuclear waste.

A typical betavoltaic cell consists of thin, foil-like layers of radioactive material sandwiched between semiconductors. As the nuclear material naturally decays, it emits high-energy electrons or positrons called beta particles that knock electrons loose in the semiconductor material to create an electric current. In this sense, a nuclear battery is similar to a solar panel, except that its semiconductors soak up beta particles rather than photons. Radioactive isotope called carbon-14 best known for its role in radiocarbon dating can provide a boost to nuclear batteries because it can function both as a radioactive source anda semiconductor. It also has a half-life of 5,700 years, which means a carbon-14 nuclear battery could, in principle, power an electronic device for longer than humans have had written language. Its radioactive core is protected by multiple layers of synthetic diamonds, one of the hardest materials to damage or break. The energy is absorbed in the diamond through inelastic scattering, which is used to generate electricity. The company has made a self-charging battery by trapping carbon-14 (C14) nuclear waste in artificial diamond-case. The battery works by generating electricity on its own from a shower of electrons as result of radioactive decay scattered and deposited in the artificial diamond-case.

Nano based diamond battery is said to be a technological breakthrough of a battery that is emission-free, lasts thousands of years and only requires access to natural air in order to power devices. The battery can be used to power devices and machines of any size, from aircraft and rockets to electric vehicles and smartphones. The company says that the battery can be used in electric vehicles, mobile phones, laptops, tablets, drones, watches, cameras, health monitors and even sensors. It is also said to be extremely safe and tamper proof as it is coated with non-radioactive diamond which prevents radiation leaks. At present, the company is looking at applications where it is either impossible or impractical to regularly change a battery, such as sensors in remote or hazardous locations at nuclear waste repositories or on satellites along with applications that are closer to home, like using the company’s nuclear batteries for pacemakers or wearables. The company says the battery can be used to power houses, and that any excess electricity generated can be sold to the grid. And, as the new battery need not be replaced, it can be installed in hard to reach places like pacemakers and implants, where regular change of battery is not possible. Another area of use is space electronics and the battery is said to power space equipment in rockets. It can power the electrical needs of space crafts, like providing power to cockpits and assisting launch into the upper atmosphere. During this period such a battery can be used to power communications, console controls as well as any other auxiliary electrical needs. Once it is no longer needed by the rocket, it can be used to power satellites and space stations.

Conventional chemical or “galvanic” batteries, like the lithium-ion cells in a smartphone or the alkaline batteries in a remote, are great at putting out a lot of power for a short amount of time. A lithium-ion battery can only operate for a few hours without a recharge, and after a few years it will have lost a substantial fraction of its charge capacity. Nuclear batteries or betavoltaic cells, by comparison, are all about producing tiny amounts of power for a long time. At present, they don’t put out enough to power a smartphone, but depending on the nuclear material they use, they can provide a steady drip of electricity to small devices for millennia but in the times to come with more research and technological understanding and development these batteries may come with higher power. The first betavoltaics hit the scene in the 1970s, but until recently no one had much use for them. They were initially used in pacemakers, where a faulty power pouch can mean the difference between life and death, until they were eventually replaced with cheaper lithium-ion alternatives. Today, the proliferation of low-power electronics heralds a new era for nuclear batteries. These are a great power option for very small amounts of power. The company says the development of the first commercial prototype battery is currently underway and will be available later this year. The company wants to further purify the nuclear waste to make the battery even more powerful, and use it to make computer chips and nano devices. The development could solve some of the problems of nuclear waste, clean electricity generation and battery life.

With the fear being associated with harmful effects of nuclear waste, people don’t relish the idea of having something radioactive anywhere near them but the health risk from nuclear diamond batteries are comparable to the health risk of exit signs, which use a radioactive material called tritium to achieve their signature red glow. Unlike gamma rays or other more dangerous types of radiation, beta particles as a source of current in the batteries can be stopped in their tracks by just a few millimeters of shielding. Usually just the wall of the battery is sufficient to stop any emissions and the inside is hardly radioactive at all, and that makes them very safe for people. Further, when the nuclear battery runs out of power, it decays to a stable state, which means no leftover nuclear waste. 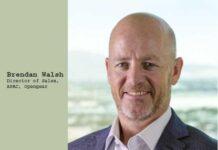 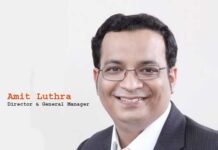 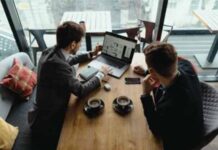