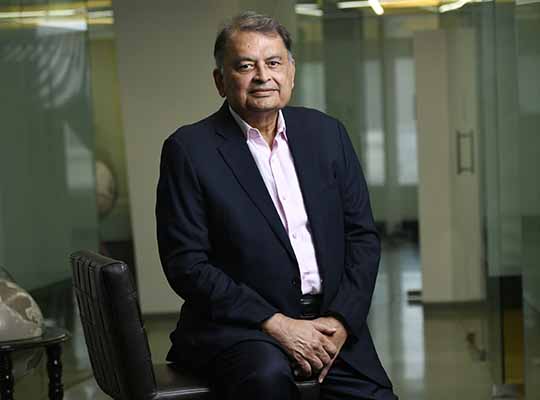 TimesTech Buzz gets alongside for a literary journey with the author of the bestselling book, ‘The Maverick Effect’. The untold story unfolds in this candid chat as Harish Mehta, Founder – Onward Technologies and the first elected chairman – of NASSCOM takes us through his life’s journey, the rise of the Indian IT industry and a few key tips on how one can actually write a bestselling book. Lots of interesting dossiers, episodes and chronological journey of the history of the Indian IT sector opens up during this exclusive interview.

TimesTech: What was an early experience where you learned that language had power? What are your favorite literary journals?

Harish Mehta: Growing up in an upper-middle-class Jain household, I was encouraged to learn the power of creative expressions since my childhood.

I remember that as a child I did not do well in languages. My father requested a language teacher, Mr Majumdar, to help me. Even though he was supposed to teach me Gujarati literature, the way he expressed words, I could paint vivid pictures in my head. His words and expressions were so powerful that I could see the story come to life and I could experience the story as a participant and not just as an observer. This was my first tryst with the power of words.

Apart from this, my father’s work as a film distributor took him across the globe and he brought back stimulating stories from faraway lands. Our family thus had greater access to films, books, and journals. Also, my father’s friends included people like J Krishnamurthy, and they met often to discuss matters pertinent at the time. As a young, impressionable man, I often accompanied him in his meetings and unknowingly I picked up more nuances that helped me eventually.

It is at these interactions, I learned that language, words and discourses have power beyond our imagination. Eventually, when my work as a technology entrepreneur made me travel across India and the world, I further understood the practical importance of languages and communication skills. This is when I realised that as an individual, I can speak to maybe a thousand people in my life but as an author, my work can reach millions!

I have to say that even though the language of commerce is English, I take pride in my roots, and I am a strong advocate of promoting the continuity of regional languages.

TimesTech: What kind of research do you do, and how long do you spend researching before beginning a book?

Harish Mehta: I can write another book on the research for the book!

If I was to however summarise it in a short paragraph, I would say that the first port of call for research was my personal notes that I had kept over the years. I did not know that these notes would come in handy. I also had access to a few documents from NASSCOM that I had worked on.

Further, I had to take on the role of a historian and I had to refer to newspaper articles, technology journals and computers magazines that were popular back then. Since I was trying to seek information from three decades ago, at times it got frustrating. I had to persevere and stay the course. The task I had ahead of me was to document the story that had remained untold all this while and how NASSCOM ended up changing the futures of a billion people.

Once a basic structure of the book took shape, we had a team of researchers and interviewers that worked with me to scour through additional public sources, newspaper archives and other credible journals. We met scores of people, both online and offline, and we recorded our conversations with them.

After each first-hand interview, I would debate with my team for days to pick the most relevant parts. We even commissioned researchers attached to eminent institutions like SP Jain School of Management & Research to arrive at claims that I’ve made in the book.

Finally, before the book went to print, the publisher conducted a legal review to further ensure the veracity and claims made in the book.

TimesTech: NASSCOM’s impact on India’s IT industry gave it the real boom it needed, as you have covered in your book. Please tell us more about your book called, ‘The Maverick Effect’.

Harish Mehta: You need to read the book to get a good idea of what it’s all about. But what we have witnessed is not just a boom. It was a revolution, and what we achieved via NASSCOM was a movement. Remember we were a group of young technocrats – all fierce competitors – getting together to achieve our end goals. It was a collaboration like the country had ever seen before. We were independent and were yet bound by values like ‘collaborate and compete’, ‘India First’ and ‘No personal agendas’.

We continued to slog even though everything was stacked against us. We had to persevere and plough through, for decades. We had put aside personal gains to help build NASSCOM. We had to even invest personal resources – time, money, energy, connections and more, against the advice of their well-wishers.

When thinking about a single word to encapsulate all that these people had to do, I could not imagine a better word than Maverick. The dictionary definition is “an unorthodox, independent-thinking individual”. The word describes these people the best!

It is the second-order effect of the work of each of these mavericks that have made the IT industry the backbone of the Indian economy! It not only impacted the IT industry but also benefited India and enabled the creation of a global outsourcing marketplace.

TimesTech: What was the inspiration behind writing, ‘The Maverick Effect’

Harish Mehta: If not for the IT industry, a large part of what we know as modern India would be far different from what it is right now.

As an avid reader, I have read numerous books recounting the rapid growth of India as a country. Even though these books are by stalwarts like Mr Montek Ahluwalia and others, I find that almost no book has captured the IT industry’s mammoth contributions to the fortunes of India. As an insider, I thus had to take on the mandate and get the IT industry its long-overdue respect for contributing to the shaping of the country.

I also wanted to put on record the story of the creation of NASSCOM and numerous people from different backgrounds and motivations came together to work on a mission larger than self. History has forgotten these unsung heroes and I wanted to shine a spotlight on them.

Finally, I wanted to talk about the role played by NASSCOM in the growth of the IT industry itself. We would not have achieved 30% CAGR for 30+ years without NASSCOM driving the policy changes and building the eco-system. We built a Flywheel that changed the very fabric of the country and now this flywheel is accelerating India towards becoming a digital nation. In fact, today’s Start-up and tech-enabled boom owes its antecedent to the IT industry of yore.

TimesTech: What advice would you give to a writer working on their first IT book?

Harish Mehta: An author must remain humble and curious and learn from others. Inspiration often comes from unexpected sources. I have leaned on nature to derive lessons. I’ve learned from my grandchildren while I was writing my book. The way they question each thing and seek answers has often left me dumbfounded. They taught me that as a writer, I needed to ask tough questions and work harder to discover answers.

You must be bold and intellectually honest to talk about things that may be considered taboo. As a writer, your primary responsibility is towards your readers. You may not be a literary genius, but you have to be honest and truthful and give your readers an account of what you believe in. I have realised that once the research is in place and is impeccable, the writing part tends to fall in place with ease.

TimesTech: What perspectives or beliefs have you challenged with this work?

Harish Mehta: With this book, I believe I have been able to showcase that the founders at NASSCOM were all ordinary people with ordinary dreams and probably an extraordinary desire to change things for the good! What we’ve achieved from 1988 to now has been amazing. This book shows that nothing is ever impossible. To use another oft-used phrase: if there’s a will, there’s a way.

There were many naysayers when we started. Along the way, we were able to flip them to our side. We just had to continue to paddle ahead and that probably made the magic happen!

TimesTech: If you’re planning a sequel, can you share a tiny bit about your plans for it?

Harish Mehta: The focus right now is to take the message of this book to every literate Indian.

Apart from just the engineers and stakeholders in the tech industry, I’d like to see this book in the hands of officer bearers of every industry association. It’s my sincere hope that they’d find learnings in the way we went about building NASSCOM. The book must also reach policymakers and encourage them to be proactive and consultative for the tech industry.

I don’t have any plans to work on a sequel. I however would love to see the book adapted for the screen. I have recently put together a team of documentary filmmakers to start thinking about it. 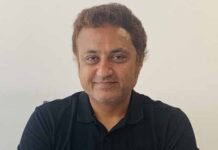 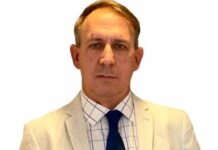 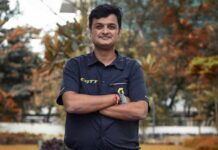 Globally 35% Of All Bicycles Sold Are Now Electric Bicycles