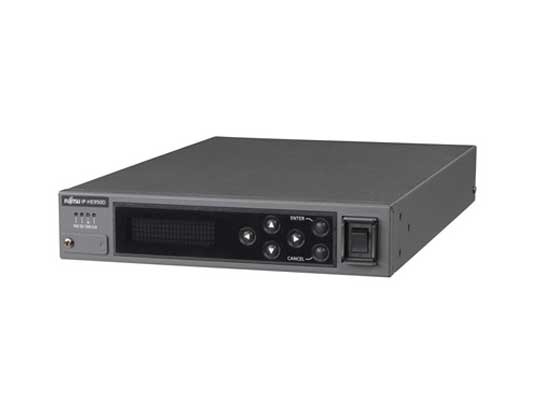 TOKYO, Apr 8, 2019 – Fujitsu has been honored at the ceremony held by the US National Academy of Television Arts & Sciences in Las Vegas on April 7, receiving an Emmy Award at the 70th Annual Technology & Engineering Emmy Awards. This award is in recognition of the contribution made by Fujitsu’s proprietary real-time video transmission IP network error correction technology to transform its customers’ network infrastructure, enabling high quality and low cost video transmission in the US broadcast market over many years.

About the Emmy Awards

The Emmy Awards recognize American television shows and a variety of other television-related achievements. The Technology & Engineering Emmy Awards, one of which Fujitsu received, are presented to individuals and companies who have made outstanding contributions and brought about significant developments in the field of television technology and engineering.

As IP networks became more practical, broadcasting stations saw an increasing need for video transmission over the internet. Accordingly, packet loss caused by such factors as a concentration of access on certain internet connections led to video distortion when broadcasting live or when transmitting recorded video to the station for editing, and addressing this problem became a significant issue. Fujitsu, together with Fujitsu Laboratories Ltd., developed a proprietary error correction technology in 2004 that takes into consideration delay times and changes in bandwidth, in order to enable highly reliable video transmission on connections where data quality could not be guaranteed. This technology provides high error correction capabilities by effectively combining the two methods of forward error correction (FEC)(1), which corrects packet loss that occurs sporadically, and automatic repeat request (ARQ)(2), which restores concentrated packet loss. Fujitsu incorporated this technology into its Fujitsu Network Real-time Video Transmission Gear IP Series, which was launched for US customers in 2007. Currently, it has been widely adopted by the US broadcast market.

Details of the IP Series

The IP Series is a lineup of equipment that compress video and audio data according to the connection’s transmission bandwidth, transmitting it in real-time through connections such as IP networks as well as wired or satellite connections for video transmission. Fujitsu provides a broad lineup suited for various applications, from professional models that handle high quality video suitable for video transmission by broadcast stations, to general-use models used in video monitoring applications. Over 50,000 units in this series have been adopted for use both inside and outside Japan in a variety of video distribution systems, not only by broadcast businesses, but also by government agencies and a wide range of companies.

As the need for 4K and 8K high resolution video transmission further increases with the spread of 5G connections, Fujitsu will continue to provide high performance products and services that will satisfy customers around the world, delivering high quality video through the application of its proprietary IP network error correction technology.