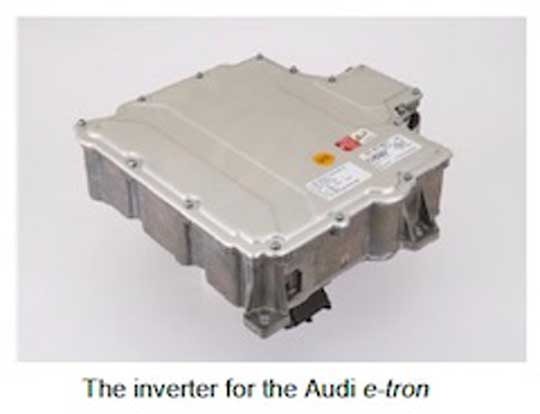 TOKYO, May 17, 2019 – Hitachi announced that its electric vehicle (EV) inverter has been adopted by Audi for its first mass production EV, the e-tron, which went on sale in Europe from March of this year.

With tightened environmental regulations around the world, many countries are driving for greater adoption of electric vehicles. This has led to the demand for more efficient and higher-output electric motors, inverters, and other electric powertrain systems that will contribute to high performance EVs.

The Hitachi Automotive Systems inverter adopted by Audi was specifically developed and designed for EVs, and provides high power density output that helps to maximize motor performance. Specifically, this inverter is equipped with a compact, high-efficiency power module with double-sided cooling and a built-in next-generation insulated-gate bipolar transistor (IGBT). The power density output of this inverter has been increased 160% compared to the previous generation of inverters.

Hitachi Automotive Systems is committed to assisting the greater adoption of electric vehicles by automotive manufacturers, and will contribute to global environmental conservation by continually enhancing our electric motors, inverters, and other electric powertrain systems.

The actual inverter used in the Audi e-tron will be on display at the Automotive Engineering Exposition 2019 Yokohama, hosted by the Society of Automotive Engineers of Japan, at Pacifico Yokohama from Wednesday May 22 until Friday May 24. 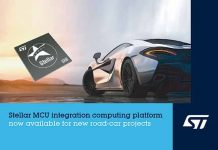 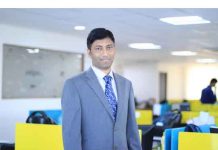 Hyper Automation – Is it the Next Big Leap in Digital Transformation? 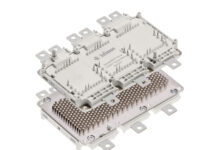