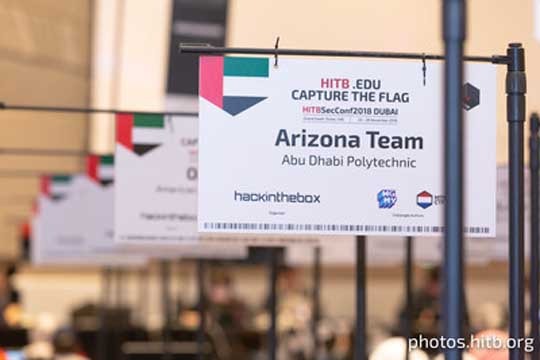 SINGAPORE, Aug. 27, 2019 – Hack In The Box known for its cutting-edge technical talks and trainings in computer security, is holding its 5th annual GSEC security conference in Singapore. Taking place at the InterContinental from August 26 to 30, HITB’s GSEC security conference features a unique audience-voted line up of talks and a wide range of hacking games, exhibits and challenges, including its ever-popular HITB Capture The Flag (CTF) competition. The event precedes HITB+CyberWeek taking place in Abu Dhabi in October – set to be HITB’s largest event this year.

HITB GSEC Singapore highlights insightful talks on next-generation security issues such as vulnerabilities in corporate intranets – what if the SSL VPNs that protect corporate assets from Internet exposure are themselves vulnerable?

Other topics include tracking fake news using cutting edge artificial intelligence and state of the art deep learning models that learn from mapping articles to a compact Euclidean space where distances correspond to similarities in content and stylistic features, which helps trace the real identity of an anonymous author.

Dhillon Kannabhiran, Founder of HITB says: “Our objective has always been to raise global awareness about the risks and importance of security in the digital age and to nurture the next generation of talent. The annual HITB Security Conference in Amsterdamand our GSEC event in Singapore are established as pioneering events and we have laid out an even bigger program for the HITB+CyberWeek. This six-day event will have 100+ activities including interactive challenges, labs and technical talks aimed at security professionals, decision makers and the next-generation of hackers and outside-the-box thinkers.”

GSEC features a technology exhibition for hackerspaces, builders and security communities to highlight their projects.

The popular HITB Capture The Flag is also back at GSEC. 20 teams from across Asia will be battling it out in this year’s jeopardy-style CTF which features a dynamic scoring format as well as ‘Challenges and Hints’ marketplaces for the gamers. Winners of the CTF at GSEC will be flown to HITB+ CyberWeek in Abu Dhabi to compete in the first ever HITB PRO CTFwhere the best 25 CTF teams from around the world battle it out for US$100,000.

UP Xtreme from AAEON’s UP Board division, Powering Intelligent Surveillance Solutions