Imec has demonstrated the generation and detection of spin waves in sub-micron-sized magnetic waveguides with wavelengths smaller than 350nm traveling over 10 micrometer in a 500nm wide waveguide, and has proposed models for majority operation in nanoscale spin-wave structures.

Majority gates are devices where the state of the output is determined by the majority of the inputs: if for example more than 50 percent of the inputs are true, the output has to return true.

The output of the spin-wave majority gate is then based on the interference of multiple spin waves that propagate in a so-called spin-wave bus, or waveguide. When miniaturized down to the nanoscale, spin-wave majority gates could enable arithmetic circuits that are much more compact and energy-efficient than CMOS-based circuits.

Imec, in collaboration with the University of Kaiserslautern and Paris-Sud University, studied spin-wave propagation in a 10nm thick magnetic waveguide.

Importantly, they found that spin waves, excited by an RF-driven antenna, can travel more than 10 micrometers in a 500nm wide waveguide.

In a second experiment, they developed an all-electrical detection method for characterizing propagating spin waves in a magnetic bus. Spin waves with wavelengths as miniscule as 340nm could be detected—more than two times smaller than previously achieved industry results—paving the way towards scaled spin-wave conduits.

Through micromagnetic simulations, the operation of a nanoscaled fork-like spin-wave majority structure was successfully demonstrated. At these small dimensions, magneto-electric cells are used instead of antennas to excite and detect the spin waves. The proposed detection scheme allowed imec to capture the majority phase result of the spin-wave interference in a very short time frame, which was less than three nanoseconds.

“Spin-wave majority gates with micro-sized dimensions have previously been reported, however, for them to be CMOS-competitive, they must be scaled and handle waves with nanometer-sized wavelengths,” says Imec’s Iuliana Radu, “We propose here a method to scale these spin-wave devices into nanometer dimensions. Today’s exceptional results will open routes towards building spin-wave majority gates that promise to outperform CMOS-based logic technology in terms of power and area reduction.” 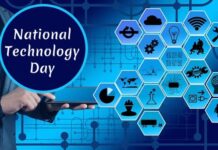 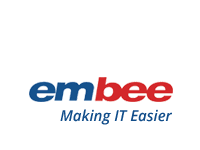