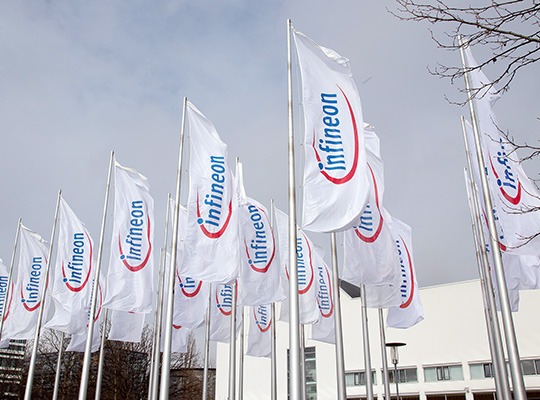 Munich, Germany – 21 February 2020 – The 20th Annual General Meeting of Infineon Technologies AG has approved a dividend payment of €0.27 per share. The shareholders thus followed the proposal of the Management Board and Supervisory Board. Some 2,500 participants attended the shareholders’ meeting at the International Congress Center Munich. In total, the capital presence was 70.29 percent of Infineon’s share capital.

Supervisory Board with new line-up

Infineon to become a carbon-neutral company

Infineon will become carbon-neutral by 2030. The company presented its plans at its Annual General Meeting. Infineon is thus making an active contribution to reducing CO 2 worldwide and achieving the targets defined in the Paris Climate Agreement. The objective relates to its own greenhouse gas footprint and includes not only all direct emissions, but also indirect emissions from electricity and heat production. Emissions are to be cut by 70 percent over the 2019 levels by 2025.

For more information please visit us at : https://www.infineon.com/cms/en/about-infineon/press/press-releases/2020/INFXX202002-031.html

Renesas to Showcase Innovations for a Secure, Connected, and Intelligent IoT...