The COVID-19 pandemic has disrupted global supply chains and inevitably has impacted the 5G supply chain. This has led to some countries announcing delays in their 5G network deployment plans.

Despite the global economic situation, brought on by the pandemic, Network Equipment Manufacturers (NEM’s) and Network Operators, are forging ahead with manufacturing and deployment ramp-up plans for the next phase. While the initial 5G deployments focused mainly on the FR1 band (410 MHz to 7.125 GHz), this next phase will be operating in the FR2 band (24.25 to 52.6 GHz), with current operating bands in the 24.25-43.5 GHz frequency range.

As such, attention is turning to the challenges of scaling volume manufacturing of high performance 5G NR base stations (gNB) and small cells at millimeter-wave (mmWave) frequencies.

At these higher frequencies, there is an inherent increase in semiconductor junction noise and harmonic

distortion introduced by the RF components and sub-systems that make up the gNB. These serve to make meeting high performance demands of 5G much harder to achieve. For example, the requirement for ultra-low latency compared with 4G requires lower levels of phase error and precise timing at much higher millimeter-wave frequencies than the prior 4th generation LTE base stations that operated at sub 6 GHz frequencies. Additionally, due to the compact antenna structure and inaccessibility of the gNB millimeter-wave antenna elements the 3GPP standards requirements for RF performance testing, of the transmitter and receiver, necessitate over-the-air (OTA) testing. This is performed using an anechoic chamber like the CATR example from Keysight Technologies shown in figure 2.

This OTA test requirement means that the interface to the device under test is now a test antenna inside an anechoic chamber, which may be located a few meters away from the test equipment.  Higher output power and better sensitivity are required from the test equipment to overcome the free space path loss and higher cable loss at mmWave frequencies.

Since FR2 5G NR carriers may have bandwidths of 50, 100, 200, or 400 MHz, testing EVM and ACLR for wider bandwidth signals presents another challenge.  This is especially true when carrier aggregation is used, increasing the bandwidth requirements on the test equipment.

Making OTA measurements results in a large path loss. This path loss pushes even the most expensive benchtop test equipment outside of their optimal power range, degrading ACLR and EVM.  Also, external components such as power amplifiers and low noise amplifiers are needed in the OTA test set up.  Additionally, mmWave switches are used to route the signal between horizontally and vertically polarized antennas and between multiple instruments for both transmit and receive testing.  The various paths and components in these test systems, that are configured with traditional mmWave bench instruments, can be time consuming to calibrate and difficult to duplicate when scaling up a manufacturing line.  This all adds up to potentially more expensive millimeter-wave manufacturing test bench instrument set ups and more manufacturing floor space required, due to the need for large anechoic chambers for FR2 testing. Overall, when compared with the conducted measurements that are commonly performed at the FR1 band, the whole over-the-air test environment is much more complex and harder to scale.

In contrast, test systems such as Keysight’s Performance Multi-Band Vector Transceiver (S9130A-TR1), shown in figure 3, makes use of a state-of-the-art remote radio head to upconvert up from an IF frequency (of up to 12 GHz) to the FR2 millimeter-wave band (24.25-43.5 GHz). By making use of a remote radio head, this system eliminates the high mmWave cable path losses between the OTA chamber and the test equipment.  It accomplishes this by having the long cable length be used for the intermediate frequency (IF) feed to the remote radio head which incurs significantly less path loss.

With two bi-directional mmWave ports and variable gain in the remote radio head, the S9130A-TR1 can perform both transmit and receive testing of both horizontal and vertical polarizations over a wide power range that is not hindered by long mmWave cable insertion losses.  The remote radio head integrates the multiple paths and external components used in a typical benchtop OTA test system, saving on calibration time and greatly reducing complexity.

The S9130A-TR1’s best-in-class ACLR and EVM performance can now be used to measure the true performance of a gNB. With the S9130A’s unparalleled source, a gNB receiver can now be tested to the same benchmark as the transmitter. Figure 4 shows a typical 5G NR 8CC ACLR measurement at 28 GHZ obtained using the S9130A system in loop-back mode. Figure 5 shows the EVM performance level at 39 GHz for an 8CC 5G NR waveform.

Anyone involved in manufacturing test knows that cost-of-test is a big deal when it comes to testing with traditional millimeter-wave bench instruments. Fortunately, with innovations in the new M9415A 3-slot wide PXIe VXT module (Figure 6) that covers up to 12 GHz for FR1 or IF testing, the S9130A system shown in figure 3 provides a measurement solution that covers both the FR1 and FR2 bands. This solution reduces the cost of the hardware significantly by eliminating expensive millimeter wave components associated with providing continuous frequency coverage that is unnecessary in a manufacturing test environment.

He is a former R&D Engineer at Nokia Telecommunications where he worked on the first generation of digital cellular base stations.  He holds an OND & HNC in Telecommunications Engineering, Bachelor’s Degree (Hons) in Electrical and Electronics Engineering and is a candidate (Feb 2021) for an Executive MBA at Sonoma State University, California. 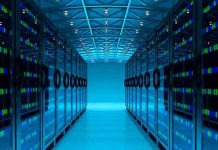 Future of Data Center in India and Security Risk 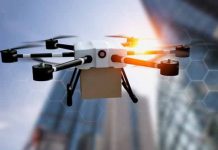 Impact Of Drone Delivery On Sustainability And Environment 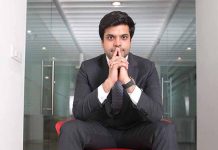 The Extended New Normal: Data Security and Tech Advancements in a connected world