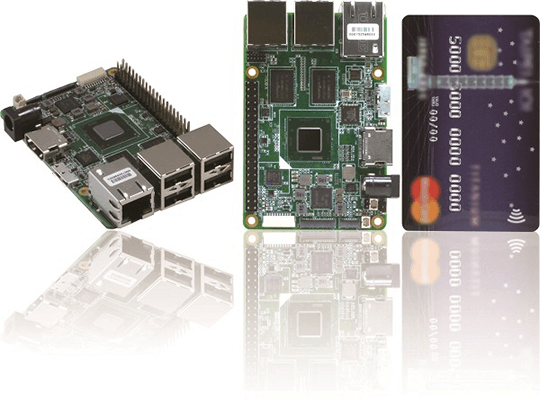 (Taipei, Taiwan – March 31, 2020) On March 21, Taiwan’s Central Epidemic Command Center updated their travel restrictions, severely limiting travel into and out of the country, especially for visitors and non-residents. While many countries around the world continue the fight to contain the COVID-19 pandemic, many economic activities have been forced to stop including business travel. In order to continue operations without the ability to meet in person, many businesses are turning to remote business solutions to communicate quickly and effectively. One such solution is the telepresence robot, which allows remote workers to have a physical presence beyond just teleconferencing. OhmniLabs specializes in robotics and telepresence technology, utilizing AAEON’s UP Board in their devices.

The Ohmni telepresence robot is equipped with a 10” screen and 13 Megapixel (4208 x 3120) high-definition mini-camera, allowing users the ability to read remote lecture notes or whiteboards and zoom in or out at any time. Users can connect directly with a mobile phone or computer to operate a telepresence robot, enabling meetings with customers, tours or inspections of offices and facilities and communicate in real time as though they were actually there.

The Ohmni telepresence robot is also great for telemedicine or home care, especially when dealing with patients who may have come into contact with infectious diseases. Medical staff can operate the telepresence robot easily with their mobile phones, performing routine observations, preliminary inquiries, as well as share medical records with relevant staff in real-time. Telepresence robots allow medical staff to perform their duties without direct contact with the patient and can be easily cleaned and disinfected afterwards.

The UP IoT Development Board from AAEON is one of the most popular boards used by professional makers, with thousands of units sold. The UP Board has been deployed in a wide range of applications including robots, drones, machine-vision, intelligent home, education, transportation and IoT. OhmniLabs chose the UP Board because of its efficiency, flexibility and competitive price. UP Board is equipped with the Intel Atom x5-Z8350 processor and I/O features including Gigabit Ethernet port, four USB 2.0 ports, one USB 3.0 port, HDMI and DSI/eDP. The expandability and compact size of UP Board makes it popular with embedded markets.

“The UP series of developer boards have continued to evolve, from the first-generation UP Board to the latest third-generation UP Xtreme powered by eighth-generation Intel Core processors,” said Jeffrey Chuang of Director of AAEON’s IoT Division. “UP series products all support the AI Core X expansion module from AAEON featuring the Intel Movidius Myriad X. The AI Core X can be added to any board with a Mini-PCIe slot, quickly adding AI edge computing capabilities to almost any platform,” Jeffrey added.

On the topic of telepresence robots, Jeffrey also stated, “We look forward to continuing to work with OhmniLabs in further development and upgrading of their telepresence robots and expanding the application market. At present, we have been negotiating with several well-known companies and hospitals, and I believe, in the near future, telepresence robots will see more widespread use.”