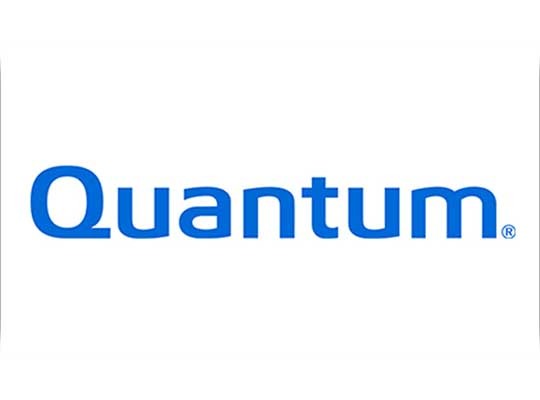 Bengaluru, India — Sept. 18, 2019 — Quantum today announced that the F-Series NVMe storage arrays received two industry awards during the IBC2019 Show in Amsterdam. The F-Series garnered Best of Show from TVB Europe and received the CSI Award 2019 for Best Data Storage Solution. The awards add to accolades the F-Series earned at NAB earlier this year, where it was named Best New Storage Technology winner in the 2019 NAB Show Product of the Year Awards, and also received the ProductionHUB Award of Excellence.

“It’s great to see the Quantum F-Series continue to get recognized by the media and entertainment industry,” said Jamie Lerner, President and CEO, Quantum.  “It is a truly innovative product line that enables our customers to complete high-end VFX and render work in minutes rather than hours, edit and finish Ultra HD content in real time, and achieve industry-leading throughput over fibre channel or Ethernet with RDMA, all at the lowest cost per gigabyte per second.”

Making its European debut at IBC2019, the Quantum F-Series is a high-performance, highly available and reliable storage array designed for studio editing, rendering, and other performance-intensive workloads for large unstructured data sets. Unlike other NVMe storage arrays, the F-Series was designed specifically for video and video-like data sets, so it can easily handle the performance requirements of ultra-high-def content, high-resolution images, and other forms of unstructured data. The Quantum F-Series provides enough performance in a single 2U chassis to reliably edit in real-time 8K 60FPS content without dropping frames.