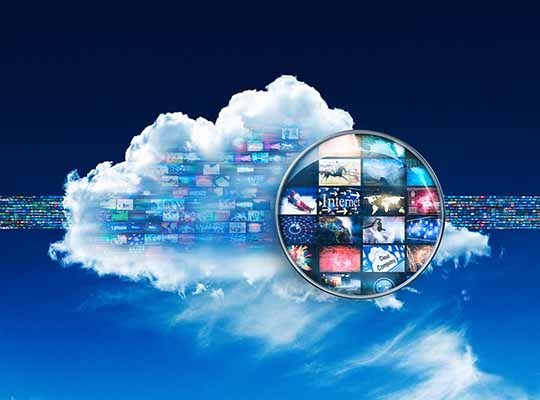 “Following our acquisition of Pixel Power in late 2018, we have worked hard at integrating the company within the Rohde & Schwarz environment. Pixel Power extends our core capabilities in a number of areas, especially channel playout and product virtualization,” stated Cornelius Heinemann, Executive Vice President, Broadcast and Media at Rohde & Schwarz. “This year, NAB will see a single unified exhibit, where Pixel Power products are showcased alongside Rohde & Schwarz products to offer a range of elegant workflow solutions across various broadcast media applications.”

A strong theme for Rohde & Schwarz at NAB 2020 is its investment strategy in new product innovation which includes strategic acquisitions and also close co-operation with like-minded third-party organizations. An illustration of this approach is in the area of 5G Broadcast. In June 2017, Rohde & Schwarz joined the pioneering research project – 5G TODAY – as a partner. Under the leadership of Germany’s Institute for Broadcast Technology (IRT), and in co-operation with antenna manufacturer Kathrein, Rohde & Schwarz is evaluating broad-area TV transmission using the latest technologies. Also, 5G TODAY is supported by mobile network operator Telefonica O2, and the Bavarian Broadcasting Corporation (BR).

Now, at NAB 2020, Rohde & Schwarz will for the first time in North America exhibit the world’s first complete 5G Broadcast solution, which consists of the core network functionality provided by the new R&S BSCC broadcast service and control center and R&S Tx9 transmitters, which support FeMBMS. This all-in-one solution covers all roles from the content provider to the consumer, is fully compliant with 3GPP Release 14 and has the upcoming 3GPP Release 16 in focus as well. It enables broadcasters to contribute their valuable assets for efficient distribution of high-quality video to the future 5G ecosystem.

Another key development at NAB will be Next Gen TV powered by ATSC 3.0, which is being launched across North America by individual broadcasters. In Las Vegas, Rohde & Schwarz will showcase its R&S THU9evo and R&S TMU9evo, which are the only transmitters currently deployed in operational ATSC 3.0 networks, with more than 60 transmitters installed in South Korea. Demonstrating Rohde & Schwarz’s forward-thinking R&D strategy, those transmitters deployed throughout the US during the Repack initiative can be easily upgraded to ATSC 3.0 whenever required.

Harnessing the power of software-based workflows

Also at NAB, Rohde & Schwarz will demonstrate how its strategic R&D investment is speeding its evolution from a hardware-centric company to one that is also capable of exploiting the latest developments in software-based broadcast technologies. On its booth, Rohde & Schwarz will showcase its new and fully cloud-based R&S PRISMON.cloud AV monitoring-as-a-service solution alongside its market leading on-premise R&S PRISMON IP multiviewers.

The real power of the Rohde & Schwarz monitoring offering comes from the combination of virtualized and on-premise systems, enabling efficient monitoring of a much larger data network both inside and outside the broadcast production centre. In combination with the widely used on-premise R&S PRISMON solution, using R&S PRISMON.cloud, analysis data from physical and virtual sensors can be displayed on a single dashboard. End-to-end analyses quickly and easily reveal errors such as deterioration of video or audio quality or poor CDN performance as a cause of churn – with just one tool.

“In today’s broadcast and media markets this dual capability is rare,” comments Hannes Strobel, Vice President Media Technologies at Rohde & Schwarz. “To meet this challenge requires two different types of skillset – low latency signal processing in software and mastering cloud architectures. At Rohde & Schwarz, we have built our reputation over many decades on our hardware engineering capabilities. But also, R&S PRISMON is a software-based product that represents 10 year’s evolution. During this time, we have developed excellent software development skillsets and these are valuable when we address the needs of virtualized workflows.

“With these various skillsets, we can advise customers: providing support throughout the signal processing chain and also on how the virtualized infrastructure is being set up. In order to maximise both latency and data throughput and stability, we can optimise the data processing throughput in a virtualized framework,“ states Strobel. “The $64 million question is how does a broadcaster tame that asynchronous IT/IP world in ways that enable viewers to consume AV content in manner they are familiar and happy with? As a result of Rohde & Schwarz’s long-term strategic investment in research & development we are able to make a real difference in this area.“