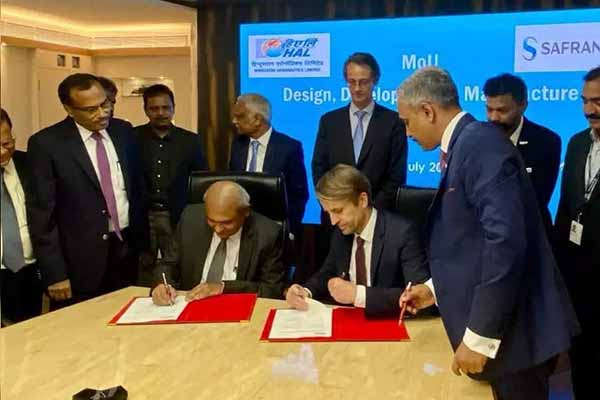 Safran Helicopter Engines and Hindustan Aeronautics Limited (HAL) have entered into an agreement to create a new joint venture intended to develop helicopter engines. A Memorandum of Understanding has been signed by Mr. Madhavan, HAL CMD and Mr. Frank Sando, Safran Helicopter Engine CEO in the presence of Oliver Andries, Safran CEO. Both partners will establish a new aero-engine company in India. The company will be dedicated to the development, production, sales, and support of helicopter engines with the main focus on meeting the requirement of HAL and India’s Ministry of Defence (MoD) future helicopters, including the future 13-Ton IMRH (Indian Multirole Helicopter).

This MoU demonstrates once again the commitment of both Safran Helicopter Engines and HAL to the Indian Government’s vision of “Atmanirbhar Bharat”, or achieving self-reliance – particularly in defence technologies.

Mr. Franck Saudo said: “The creation of this new joint venture marks a turning point in our relationship with HAL and the Indian MoD with the development and production of a new generation of helicopter engine. We are proud to further expand our structuring partnership with HAL, which began more than 50 years ago, and which was recently illustrated with the development and production of the Shakti engine and the inauguration of our joint venture Helicopter Engines MRO Pvt Limited (HE-MRO). With a fleet of over 1,000 engines, India’s Armed Forces are one of the largest operators of Safran-designed helicopter engines”.

Mr. R. Madhavan said: “Safran Helicopter Engines has been our valued partner for several decades. We now look forward to utilize this opportunity to leverage HAL’s experience in manufacturing of more than 15 types of aircraft and helicopter engines to jointly co-develop and manufacture engine with immediate focus on IMRH and its naval variant the Deck Based Multi Role Helicopter (DBMRH). This partnership will involve and utilize the Indian Defence manufacturing ecosystem within India”.

Safran Helicopter Engines and HAL have already multiple partnerships, including the Shakti engine, which powers HAL-produced helicopters, including the Dhruv, Rudra and the Light Combat Helicopter (LCH). The Ardiden 1U variant also powers the new Light Utility Helicopter (LUH). More than 500 Shakti engines have already been produced through HE-MRO joint venture in Goa. Safran Helicopter Engines and HAL will also provide MRO (Maintenance, Repair and Overhaul) services for TM333 and Shakti engines in service with Indian Armed Forces. It will be operational by the end of 2023. 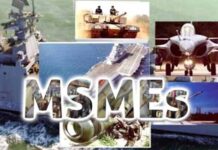 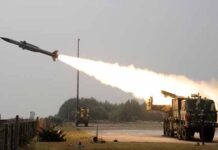 Self-Reliance in Defence Production in India