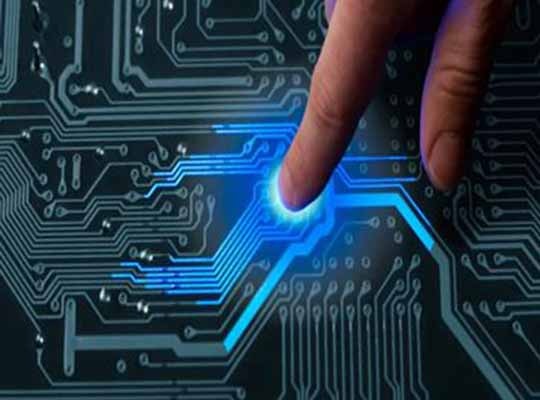 Bioelectronics
Bioelectronics is the development of using medicines based on using electrical impulses to modulate the body’s neural circuits, which regulate most of the body’s organs and functions. At the heart of bioelectronics is the concept that, by mapping the neural signatures of certain diseases accurately, tiny electrodes that stimulate or inhibit malfunctioning neural pathways could restore health. In theory, these treatments will be cheaper to administer and the patient will not have to contend with having their systems flooded with medicines. Bioelectronics was originally conceived by neurosurgeon and researcher Dr Kevin Tracey, now president of the Feinstein Institute, while
he was working with an experimental molecule to combat the effects of stroke damage to the brain. It will bring together ‘world class drug discovery and development expertise and a deeper understanding of disease biology with leading technical expertise. The company will focus on the miniaturization of low power electronics, device development, data analytics and software development for clinical applications.

Bioelectronics and biosciences could replace the drug industry as the pace of change in life sciences is accelerating as companies look to microfluidics, micro- and nanotechnology to develop innovative medical treatments. The new research will develop and commercialize bioelectronics medicine, a relatively new scientific field in which miniaturized, implantable devices could treat illnesses ranging from bowel disease to arthritis, hypertension and diabetes. Reseaechers have used semiconductor manufacturing technology to create micro-machined structures capable of separating biological particles between 20 and 140nm into different sizes. These particles, or exosomes, have been described as being the ‘fragments of life’ and are found in bodily fluids such as blood, saliva or urine. By identifying the size of surface proteins and their nucleic acid ‘cargo’, it will be possible to develop techniques to identify the presence, or the developing state, of various diseases. The structure comprises of an array of pillars positioned at an angle to a flow of liquid. Hydrodynamics means particles of a particular size will travel smoothly between the pillars, but larger or smaller particles will ‘bounce’ off or get swept around in slipstreams and can then be collected. By varying the array’s parameters, different particle sizes can be picked off at different stages.

Experimental biosciences
Health providers are calling for greater portability – hence the development of wearable devices – and want to be able to bring treatments closer to their patients. One area of considerable interest is microfluidics. It is a rapidly developing area of research and scientists are continually discovering a range of possibilities for the technology. Microfluidics is set to revolutionize the way patients are diagnosed, monitored and treated and is helping to unlock the potential for point of care testing diagnostics. It will be able to offer faster and more sensitive detection of multiple markers for various diseases. But microfluidics can also be used in pathology, as well as in cell-to-cell interactions, which are especially important when it comes to understanding and treating diseases like Parkinson’s and Alzheimer’s. Microfluidics, being used in the development of DNA chips, lab-on-a-chip technology, micro-propulsion and micro-thermal technologies, involves the precise control and manipulation of fluids. The latest applications employ passive fluid control techniques, like capillary forces, while active microfluidics uses components such as micro pumps or micro valves to manipulate fluids, determining the flow direction or the mode of movement of liquids. Beyond point of care, scientists are also looking at organ-on-a-chip, paper-based microfluidics; tissue engineering and microfabrication. However, there are a number of challenges when it comes to working with microfluidics. The problem is not so much making a proof of concept; rather, it’s taking these devices and then making them suitable for manufacture. We are a long way from that point and it remains the key challenge.

Bacteria into electronics
Scientists are betting that engineered living organisms—termed synthetic biology—can be integrated into living and non-living (abiotic) systems to perform material synthesis, enhance human performance, provide environmental sensing, and control autonomous biohybrid devices. As synthetic biology has realized new capabilities, scientists have really started looking at how they can engineer organisms to control devices. In future scientists will place engineered DNA into systems including engineered versions of the genes for photosynthetic proteins, which could be introduced into bacteria integrated into electronic devices to power them. We’re definitely on track to see synthetic [organisms] first integrated into systems as sensors or actuators, executing a secondary function in a device and the science will allow to make autonomous biohybrid devices where the biology controls the device, makes the decisions, gives feedback, heals damage. Bacteria could be genetically engineered to have either biological tasting or smelling capabilities and to interface with electronics to form an advanced biosensor.

Scientists may even one day reach a point where they can engineer microorganisms in functional groups (consortia) that act like symbiotic systems, with different types of bacteria providing complementary functions. The goal would be to develop their coordination and hardiness up to the point where we’re essentially able to 3D print biological structural materials like lumber. But placing synthetically engineered cells into living and abiotic systems is an order of magnitude more difficult. Organisms, even photosynthetic ones, need a steady supply of nutrients. Without them, they cease to grow and divide, going dormant or forming spores, no longer functioning. To understand how cells respond to an environment—what they’re telling-need to use “readouts” which require DNA sequencing or fluorescent microscopy. Finally, engineered genetic circuits inside cells require a robust host, a carrier cell or “chassis” that can withstand the real world. So far, synthetic biology has generally employed E. coli as a host for engineered genetic circuits. Researchers will have to find another chassis to make the science work. Researchers mention to do really complex things in E.coli, but it is never going to be able to survive things like 3D printing or to withstand the natural environment. They mention that host bacteria must thrive, not merely survive as dormant entities. Organisms that are doing transcription, that are reproducing, producing proteins in response to environmental cues are needed.
Bioelectronic devices

Many major advances in medicine, especially in neurology, have been sparked by recent advances in electronic systems that can acquire, process, and interact with biological substrates. These bioelectronic systems, which are increasingly used to understand dynamic living organisms and to treat human disease, require devices that can record body signals, process them, detect patterns, and deliver electrical or chemical stimulation to address problems. Transistors, the devices that amplify or switch electronic signals on circuits, form the backbone of these systems. However, they must meet numerous criteria to operate efficiently and safely in biological environments such as the human body. To date, researchers have not been able to build transistors that have all the features needed for safe, reliable, and fast operation in these environments over extended periods of time. Researchers have developed the first biocompatible internal-ion-gated organic electrochemical transistor (IGT) that is fast enough to enable real-time signal sensing and stimulation of brain signals. The IGT provides a miniaturized, soft, conformable interface with human skin, using local amplification to record high quality neural signals, suitable for advanced data processing. This could lead to safer, smaller, and smarter bioelectronic devices that can be implanted in humans over long periods of time.

In the past, traditional silicon-based transistors have been used in bioelectronic devices, but they must be carefully encapsulated to avoid contact with body fluids — both for the safety of the patient and the proper operation of the device. This requirement makes implants based on these transistors bulky and rigid. In parallel, a good deal of work has been done in the organic electronics field to create inherently flexible transistors out of plastic, including designs such as electrolyte-gated or electrochemical transistors that can modulate their output based on ionic currents. However, these devices cannot operate fast enough to perform the computations required for bioelectronic devices used in neurophysiology applications. Researchers built a transistor channel based on conducting polymers to enable ionic modulation, and, in order to make the device fast, they modified the material to have its own mobile ions. By shortening the distance that ions needed to travel within the polymer structure, they improved the speed of the transistor by an order of magnitude compared to other ionic devices of the same size.

The internal-ion-gated organic electrochemical transistor (IGT) operates via mobile ions contained within a conducting polymer channel to enable both volumetric capacitance (ionic interactions involving the entire bulk of the channel) and shortened ionic transit time. The IGT has large transconductance (amplification rate), high speed, and can be independently gated as well as microfabricated to create scalable conformable integrated circuits. The researchers demonstrate the ability of their IGT to provide a miniaturized, soft, conformable interface with human skin, using local amplification to record high quality neural signals, suitable for advanced data processing. The transistor can communicate using ions, the body’s charge carriers, at speeds fast enough to perform complex computations required for neurophysiology. The transistor’s channel is made out of fully biocompatible materials and can interact with both ions and electrons, making communication with neural signals of the body more efficient. It will now be able to build safer, smaller, and smarter bioelectronic devices, such as brain-machine interfaces, wearable electronics, and responsive therapeutic stimulation devices, that can be implanted in humans over long periods of time.

Because the IGT could significantly improve the ease and tolerability of electroencephalography (EEG) procedures for patients, the researchers selected this platform to demonstrate their device’s translational capacity. Using their transistor to record human brain waves from the surface of the scalp, they showed that the IGT local amplification directly at the device-scalp interface enabled the contact size to be decreased by five orders of magnitude — the entire device easily fit between hair follicles, substantially simplifying placement. The device could also be easily manipulated by hand, improving mechanical and electrical stability. Moreover, because the micro-EEG IGT device conforms to the scalp, no chemical adhesives were needed, so the patient had no skin irritation from adhesives and was more comfortable overall. These devices could also be used to make implantable closed loop devices, such as those currently used to treat some forms of medically refractory epilepsy. The devices could be smaller and easier to implant, and also provide more information. With such speed and amplification, combined with their ease of microfabrication, these transistors could be applied to many different types of devices. There is great potential for the use of these devices to benefit patient care in the future.

Acknowledgement: The use of information retrieved through various references/sources of internet in this article is highly acknowledged. 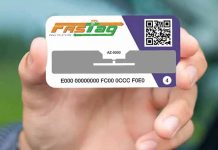 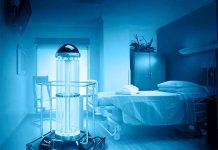