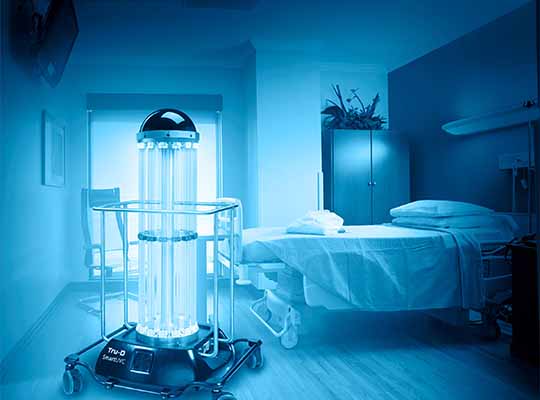 Ultra-violet (UV) radiation is an effective non-contact disinfection method, killing microbes, bacteria and viruses, including Covid19, on most surfaces, in water and in the air. The short wavelength, high energy photons disrupt the RNA/DNA in the cellular structure of microbes and also create free radicals which damage the genomes of viruses, introducing defects which rapidly kill the pathogen. It is this disrupting and oxidising effect which makes UV disinfection so effective and useful, and makes it more appropriate in many cases than any other chemical or high temperature disinfection method.

Traditionally, short-wavelength UVA, UVB and UVC light has been generated by using mercury vapour lamps, but nowadays it is more efficient, greener and safer to use LED (light emitting diode) technology instead. Mercury discharge lamps convert only about 20% of the electrical power into UV radiation, the remainder being lost as IR radiation. This makes them hot and uncomfortable to use in confined spaces. They also run with very high excitation voltages which are a safety hazard – especially in wet or humid environments, contain toxic mercury vapour which makes recycling a problem and are fragile and easily broken.

UV LEDs are, on the other hand, more flexible and robust, immune to moisture, operate at lower voltages and are more cost effective than mercury discharge lamps. The other big advantage is that they are more easily tuned by selecting different LED types, capable of generating UVA (315-380nm), UVB (280-315nm) or UVC (200-280nm) or any mixture of these wavelengths. Thus, the same design of UV lamp could be used for low dosage near-visible UVA radiation to treat secondary infections such as MRSA without a harmful effect on human skin or eyes or to eliminate contaminants in the air or water supplies, or as a high intensity UVC source to stop the replication of viruses or bacteria, fine tuned to the peak absorption wavelength of 265nm for RNA/DNA molecules. LEDs are also more easily dimmable, allowing more accurate dosages than mercury vapour lamps.

Like all visible high power LEDs, UV LEDs should be driven from a constant current source. The luminance is directly proportional to the current through the LED, not to the voltage applied across it. The curve is very non-linear, so even small variations in the forward voltage of the LED would change the current through it significantly if it was operated from a constant voltage source (figure 2). Furthermore, the forward voltage varies with temperature and between individual LEDs, even if they are from the same manufacturer.

However, if the LEDs are driven by a constant current source, any variations in forward voltage do not change the overall current (and thus the illumination). The LED driver automatically compensates for any changes or drifts in the LED characteristics, keeping the light output level constant. This applies to both single LEDs and to chains of LEDs that all share the same current.

The main difference between LEDs used for visible light and UV LEDs is the operational voltage range. 350 mA or 700 mA visible light LEDs typically start to shine with a forward voltage of 3-4 VDC, but the more energetic UV LEDs typically require 5-6 VDC across them. This means that if you wanted to assemble, say, a LED lamp with five high power LEDs and a constant current of 350 mA, then you would need a higher voltage power supply for UV LEDs than for the same number of visible light LEDs (figure 3).

It is not recommended to operate high brightness LEDs with strings in parallel because the differences in combined forward voltage for each leg of the string would result in an imbalance in the current flowing through each leg. If more illumination is needed, then simply add more LEDs in series so that the current (and therefore the brightness) of every LED stays constant. The disadvantage is that higher supply voltage is needed for long strings.

On the other hand, it is permissible to mix UV and visible light LEDs in the same string as long as all of the LEDs have the same current rating, even if they have very different forward voltages. This may be useful as a visible warning that the UV LEDs are active by including a white or colour LED in the chain, as well as clearly showing the beam pattern spread of the LED optics so the area of application can be more readily seen.

RECOM offers the RCDE-48-xxx series with pre-calibrated maximum output currents of 350 mA, 700 mA or 1050 mA and an input voltage of up to 60 VDC (sufficient to drive up to 10 UV LEDs). In addition to being very low cost, the RCDE-48 series also has a dimming input pin which can also be used as an enable/disable (pull low to turn off the output, leave open or pull high to turn on).

The output current is linear with the voltage applied to this pin, so the dosage can be accurately controlled with either an external control voltage or a manual potentiometer (figure 4):

The RCDE-48 LED driver is also highly efficient (up to 97%), so portable battery-powered UV and visible light lamps can be easily constructed with long operational use times.

The circuit block diagram is shown below:

For UV disinfection applications where a dimming control is not needed, then an AC/DC constant current LED driver can be used. RECOM offers a low cost, safety certified, 20W constant current LED driver in a very low profile 13mm height so the complete UVC LED PCB and driver could easily be built into the ceiling of a small UVC irradiation chamber:

The interlock ensures that the LEDs are switched off when the door is opened to avoid any human exposure. The red LED visible through the UV-blocking glass window in the door shows that the UVC disinfection is active. 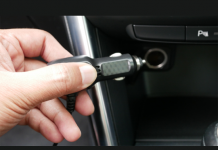 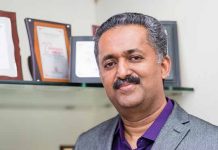 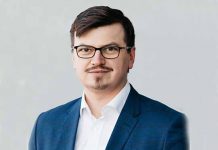