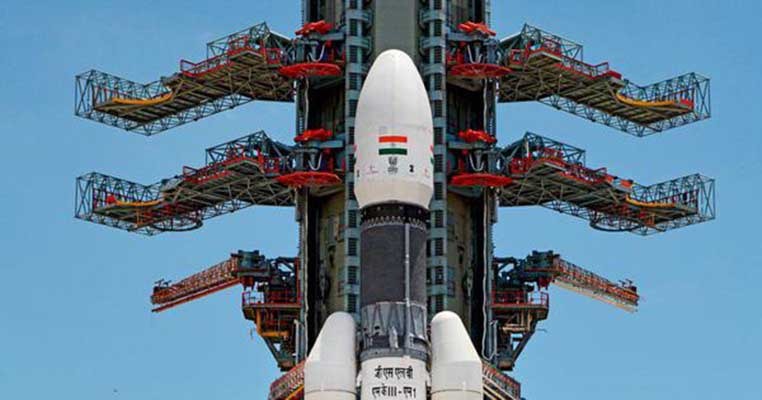 One of India’s most ambitious space-based mission, Chandrayaan-2, India’s second lunar exploration mission after a decade of Chandrayaan-1, was launched from the second launch pad at Satish Dhawan Space Centre on 22 July 2019 at 2.43 PM IST to the Moon by a Geosynchronous Satellite Launch Vehicle Mark III (GSLV Mk III), which is capable of carrying 4-tonne class of satellites to the Geosynchronous Transfer Orbit (GTO).

The brainchild of Indian Space Research Organisation (ISRO), Chandrayaan-2, a Rs 978-crore project, is on course to place the country in a niche league of nations populated by the US, Russia and China that have successfully conducted a soft-landing on moon. Beyond that, the lander will touch in the region of the south polar region of the moon, an unexplored territory by any country.

The 3850 kg heavy spacecraft of Chandrayaan-2 comprises three segments – the Orbiter (weighing 2,379 kg, eight payloads), the lander ‘Vikram’ (1,471 kg, four payloads) and rover ‘Pragyan’ (27 kg, two payloads). The lander and the rover will land near the lunar south pole region in a high plain between two craters, Manzinus C and Simpelius N, at a latitude of about 70° south on 7 September, 2019. The wheeled Pragyan rover will move on the lunar surface and will perform on-site chemical analysis for a period of 14 days or a lunar day. It can relay data to Earth through the orbiter and lander. The orbiter will perform its mission for one year in a circularized lunar polar orbit.

The mission will help us to understand our natural satellite better, through complex topographical studies, and comprehensive mineralogical analysis, elemental abundance, the lunar exosphere. As the South Polar Region has craters that are extremely cold and everything here is frozen thus the fossil of these craters can reveal information about the early Solar System.

ISRO said in a statement, “While there, we will also explore discoveries made by Chandrayaan-1, such as the presence of water molecules on the Moon and new rock types with unique chemical composition. Through this mission, we aim to expand India’s footprint in space, surpass international aspirations and inspire a future generation of scientists, engineers and explorers”.

The payload will include terrain mapping cameras to prepare a 3D map of the intended area, while a collimated large array soft x-ray spectrometer will map the majority of major rock-forming elements. An orbiter HD camera will capture high-resolution images of the landing site and an imaging infrared spectrometer will identify minerals along with water molecules in Polar Regions. It will also help to determine its elemental composition and seismic activity.

India’s Central Tool Room and Training Centre (CTTC) has manufactured 22 types of valves for fuel injection and other parts for the cryogenic engine of the GSLV Mark III rocket. The Bhubaneswar-based institution had started manufacturing the parts for this lunar mission since March 2017.

ISRO had to test the rover, Pragyan, on lunar soil-like substance so that the experiments on Moon go smoothly. The moon’s surface is covered with craters, rocks and dust and its soil is of different texture. The IANS report explained that importing lunar soil like substance from the US was a costly affair. ISRO looked for a local solution as its need was about 60-70 tonnes of soil. Many geologists had told ISRO that near Salem in Tamil Nadu, there were “anorthosite” rocks that would be similar to features of moon soil or regolith. ISRO finally decided to take the “anorthosite” rocks from Sithampoondi and Kunnamalai villages in Tamil Nadu for moon soil. The rocks were crushed to the required size and moved to Bengaluru where its Lunar Terrain Test Facility was located and the test bed created. 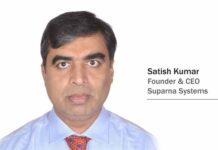 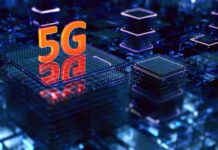 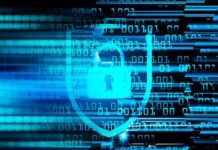