Hyderabad- H-Bots Robotics unveils H-Labs, the first and the biggest Robotics  R & D ecosystem in a brief function held at T-Hub at Gachibowli on 23rd June.

The launch was graced by representatives of various colleges, management, students and Robotics Researchers and Robotics enthusiasts.

H-Labs is a Research lab owned and operated by H-Bots Group. 24 colleges across Telangana state have come forward to set up H-Labs. Nearly 40 to 50 lakh rupees will be invested in each lab. These H-Labs will become functional in the next couple of months. By next year each college or job is expected to come out with one product to begin with. Once this model clicks, we will soon go national, announced Mr PSV Kishan, Founder and CEO of H-Bots.

At H-Labs, we incubate new concepts and apply the latest technologies to deliver breakthrough solutions for business and society, Kishan informed.

Addressing the 100-plus gathering immediately after unveiling the H-Lab, Mr Shrikanth Sinha, CEO, of Telangana Academy for Skills and Knowledge (TASK), said that people have the misconception that Robots replace people to do repetitive jobs. But in reality, they support and do not replace people.

15% of the population is disabled. So you must make Robots that assist the disabled to lead a normal life. Shrikanth Sinha asked H-Bots to focus on this area.

The 7.5 billion Population of the entire world is influenced by just 1000 people. Would be interested in being the follower or influencer Dr. Shanta Thoutham, Chief Innovation Officer, TSIC, Govt of Telangana asked the gathering. She told the youth to be change-makers. We at Innovation cell are working to build an innovation culture in the state. There should be an innovator from every house she said.

Speaking on the sidelines of the launch with the media Kishan said  H-Bots is now getting fully involved in Robos and Robotics as a service. Post the pandemic many Robotics companies were exploring alternative players out of China to manufacture Robots. H-Bots rose to the occasion and started manufacturing robots in bulk for their clients in the UK and USA. They have manufactured 140 robots both Health and Education Robots. In the next year they are planning to

Manufacture 2500 Robots for their clients.

H Bots is also manufacturing 500 Outdoor Delivery Robots for one of their clients. These robots can take delivery of the goods at the gate and deliver the same internally to individual homes in gated communities.

H-BOTS Research has been exploring Robotics, artificial intelligence, machine learning and 3D printing technologies and techniques for decades. It believes Robotics will transform the world in dramatic ways in the coming years. It is building Robots that can combine different forms of knowledge, unpack causal relationships, and learn new things on its own. 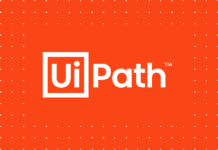 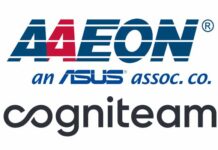 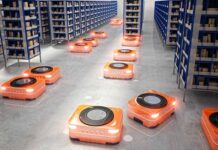