Today, Redis Labs announced the company is now registered as Redis, dropping “Labs” from its name. The change signals the maturation of the company and the Redis open source project, which it has contributed to since 2011 and sponsored since 2015.

The name change also reflects the company’s mission to continue the growth of Redis as a real-time data platform. The company is focused on leading and steering alignment across the community, including individual contributors, customers, and partners, to deliver solutions to technical challenges and maintain its enduring popularity.

The company renaming will not affect the licensing of open source Redis, which has always been and will continue to be BSD licensed, nor the governance model, which was introduced last year.

“Our commitment to the development of Redis began even before we launched our managed service with our team frequently contributing to the code base,” said Ofer Bengal, Co-Founder, and CEO of Redis.  He further continued, “Today, we lead the evolution of Redis from serving single-purpose uses like caching and session management to providing a broad range of capabilities that enable it to power the most critical applications in the world. Our name reflects what we deliver: a single Redis, pure and simple”.

“System open source software like Redis requires a strong force behind it in order to evolve.    The challenge has always been how to grow a business without compromising the open nature of projects. Redis Labs has shown to be able to do this for several years now, creating a strong business while still providing an open platform with effective, transparent governance,” said Salvatore Sanfilippo, creator of Redis. “After I stepped down from the development leadership, they improved the development process by making it more open with the new core team and continuing to provide an open platform for many developers and companies around the world. I believe that the company really deserves to be called Redis”.

Redis was created by Salvatore Sanfilippo (a.k.a. antirez) in 2009, and it very quickly became popular among developers because of its speed and simplicity. The company began contributing to the open source project shortly after its founding in 2011. In 2015

Sanfilippo joined the company when it became the sponsor of the project, and in 2018 he transferred the intellectual property and trademark rights for the Redis project to the company. Sanfilippo stepped back from being the sole maintainer of the open source project in June 2020 while remaining on the company advisory board.

Redis is maintained through a governance model consisting of a core team of individuals from the company as well as community members who have demonstrated a long-term commitment and have made significant contributions to Redis. The core team is responsible for the main Redis repository. They also coordinate and collaborate with other projects that make up the Redis ecosystem, including client libraries, satellite projects, and major middleware that rely on Redis.

The company has developed an expanded set of data models for Redis including, JSON, AI, graph, and time series, complemented by powerful search and programmability engines. Additionally, RedisRaft, to be released with Redis 7.0, will make Redis a strongly consistent database. These enhanced capabilities have expanded the original caching and session management use cases of Redis to a broad range of new possibilities for developers, companies, and partners to cover the real-time needs of their applications. 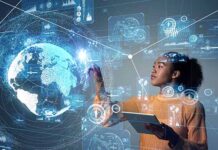 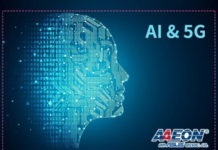 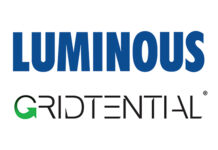