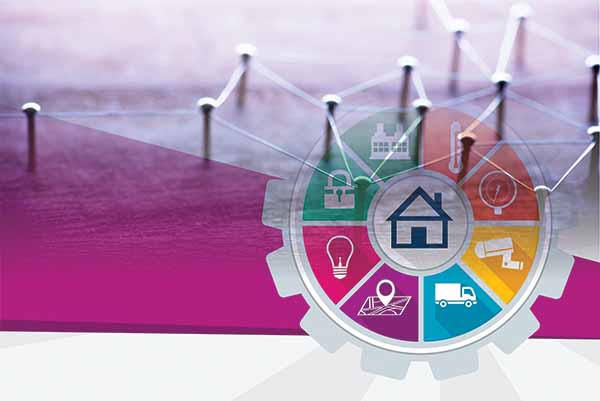 Recent advances in machine learning (ML) have been endorsed by other computing areas, such as robotics and speech recognition. However, the application of newer ML techniques on networking is been explored and is finding new research and spaces. Currently, most networking algorithms and policies work on predefined sets of rules, which are neither efficient nor adaptive to support the explosive traffic demand due to the growth of smart devices and new services such as Internet of Things (IoTs) and machine-to-machine (M2M). On the contrary, ML techniques can learn from data to solve application-specific and generic network issues. Artificial intelligence (AI), specifically ML, has been one of the driving forces in developing 5G systems. However, a true intelligent and fully automated network system will only be realized in future systems such as beyond 6G. Therefore, it is crucial to investigate the potential applications of AI/ML algorithms in computer communication and networks. An intelligent network demands smart decision making everywhere from edge to core networks and in between. While software-defined networking (SDN) can utilize ML techniques to enhance routing, hosts can use ML for analyzing big data such that cloud computing is enhanced. Access networks and smart devices can apply ML to improve transmission ranges and energy efficiency. In addition, new network services networks such as IoTs, M2Ms, vehicle-to-vehicles (V2Vs), as well as networks such as cognitive radio networks (CRNs) and mobile ad hoc networks (MANETs) can use advanced ML algorithms to improve communication.

Machine 2 Machine, also known as M2M, is a form of communication that relays data between two devices. M2M uses a wired or wireless connection to send small packets of information, this is often over the internet or via a VPN connection.

The most common use of M2M is to communicate between sensors and servers. Sensors capture data and then send it over an M2M connection. This data is often sent to a centralised location where it can be interpolated and analysed.

How does Machine 2 Machine Work?

The actual premise of machine 2 machine is very simple, data is sent from one device (usually over an internet connection), to another device. This is normally done using a fixed-IP SIM card which is inserted into the device.

These fixed-IP SIM cards create a secure M2M connection between the devices. Fixed-IP SIMs can also receive data in the form of commands—meaning that you can remotely command and control M2M enabled devices. This form of M2M communication uses the UK’s 4G LTE network to transfer data. Our fixed-IP SIMs connect to the strongest available network in your area, allowing you to maintain a strong fixed connection.

These fixed-IP SIM cards create a secure M2M connection between the devices. Fixed-IP SIMs can also receive data in the form of commands—meaning that you can remotely command and control M2M enabled devices.

This form of M2M communication uses the UK’s 4G LTE network to transfer data. Our fixed-IP SIMs connect to the strongest available network in your area, allowing you to maintain a strong fixed connection.

What is the Difference of the IoT and M2M?

M2M enabled devices establish a secure connection to the IoT, where they can send data to and from each device. Unlike the regular internet, you cannot access the IoT without speciality equipment or M2M communications.

Whether its manufacturing, construction or industrial, M2M can help your business in so many ways.

Utility Companies: M2M communications help the utility companies in harvesting energy products, like oil, gas, etc. and in billing their customers. The remote sensors deployed in oil drilling sites collect regular data about the presence of oil at a particular field and send that data to a remote computer. They are also capable of sending information about the flow rates, temperature, pressure, fuel levels, etc. wirelessly to the remote computer.

Traffic Control: Traffic Control is another common area where the use of M2M communication can be seen. A traffic system collects data related to the speed and volume of the traffic with the help of various sensors and sends this information across the computers that control the devices such as signals and lights. The cameras installed on the traffic signals also collect data about the vehicles not following the traffic rules and send pictures to the software which then sends challan receipts to the defaulters.

Telemedicine: Another common area of application of M2M communications is Telemedicine. Heart patients wear special devices which monitor their heart rate. This data is sent to the implanted device which sends back shocks to the patient for correcting any errant rhythms in the heart beat.

Inventory Management: Products are tagged with RFID tags which send signals to the computers and alert the retailer in case of a theft attempt. These tags also help the retailers to keep a track of their goods which are sold online in large quantities and have high chances of theft/shortage.

Banking: Banking is another common area to make use of M2M. With an increase in the smartphone market, people have started making mobile payments for their purchases. They can deposit money into the bank, transfer money to other accounts and can even withdraw at their convenience.  The mobile system is connected to the bank’s central system and updates the mobile transaction in the books as and when they happen. On the other hand, Banks can monitor the cash available in the ATMs and also the technical issues they are facing.

Today, M2M communication involves a network of personal and industrial devices talking with each other and it continues to grow. The industry is estimated to grow to $200 billion by 2022 and we believe M2M technology holds a bright future and the flexibility of this technology is certainly of great use in all kinds of businesses.

The relatively simple concept of M2M does require advanced technology to connect. Today, the field of M2M includes industries that monitor devices, activities or changes in status from a distance. In addition, they also include areas where inventory needs to be monitored and can even detect levels of radiation on the increase. The data is sent through an IP network to other applications or devices which can then take the information and analyze it so the appropriate action can be taken.

Currently, M2M does not dominate in a few industries, but rather it can be found in many different applications across a breadth of industries which include those that use the following;

The technology is mostly used for monitoring and subsequently controlling from a distance depending on the use of M2M. Today, the industries that use this technology for the most part are as follows;

Currently, these are the major growth industries for M2M technology which has created a myriad of small businesses that supply these areas. For the person who is looking to jump in on machine to machine tech, then these are the places to concentrate, particularly the supporting companies that are providing this to the major industries.

Machine-to-Machine (M2M) communications represent tremendous opportunities, as roll-out becomes more widespread across various sectors. M2M can bring substantial and tangible social and economic benefits to consumers, businesses, citizens and governments. M2M is the basis for automated information interchange between machines and a control center for various industry verticals like Smart City, Smart Grid, Smart Water, Smart Transportation, Smart Health etc. Government of India has recognized the potential of M2M and emphasized the same in the National Telecom Policy 2012. ‘National Telecom M2M Roadmap’ was released in 12 – May – 2015 by Shri Ravi Shankar Prasad, Hon’ble Minister of Communication & IT in the conference on ‘Smart Infrastructure: Supporting Policies and Regulations for M2M Communications’.  Anticipating the promising potential of M2M, DoT has come up with this Roadmap which will serve as a single reference document for all the M2M stake holders in India. It is first of its kind initiative taken by any government in the world. This roadmap is aimed to provide guidance to all the stakeholders to nurture M2M Communications. Speaking on the occasion, Sh. Ravi Shankar Prasad said that M2M Communications will impact every aspect of life of common man and results in substantial and tangible social and economic benefits to consumers, businesses, citizens and government. He said at a time when the country is focusing on digital empowerment, it has to be ensured that it plays a lead role in the implementation of M2M technologies. He said all concerned agencies should join hands to ensure that all needed infrastructure is put in place at the earliest. He said standardization of M2M roadmap becomes more important, as the country heads towards setting up 100 smart cities and introducing digitalization all over the country. He opined that the adoption of M2M based applications in areas like healthcare, teleeducation, smart grid, smart building, smart cities etc. have enormous potential to boost the socio-economic development of the country. He emphasized that M2M is going to be the key enabler for the Government vision of Digital India, Make in India and proposed Smart cities in India. 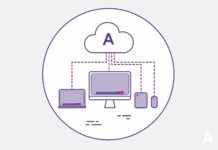 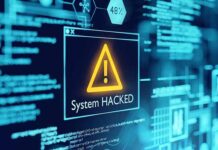