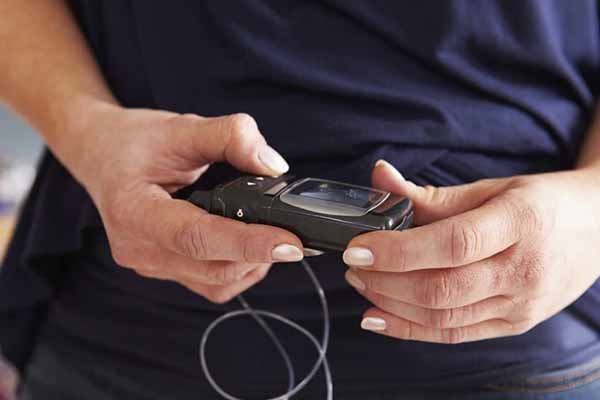 Back in 2006, Will Cross stood on the roof of the world. At 8,848 meters, the summit of Everest is well above the ‘death zone’ where the lack of oxygen can kill within hours and a slip within seconds. Since then, Cross has climbed the highest peaks on the other six continents. He’s also led expeditions to unexplored regions of Patagonia, Greenland, Africa and India. And he’s walked to the North and South Poles. It’s an impressive list of achievements for even the fittest of athletes, yet Cross has suffered from Type 1 diabetes for over 40 years.

Type 1 diabetes is an autoimmune disease in which the body destroys its own insulin producing cells in the pancreas and as a result the body’s ability to regulate glucose in the blood. Before the development of treatment by insulin injections in the early 1920s, the disease killed sufferers within a year or two. And even as recently as the late 1970s, Type 1 diabetics faced a regimented life of carefully measuring their food, limiting physical activity, monitoring blood glucose using urine strips and injecting two different types of insulin multiple times a day. It was difficult enough to go to school or hold down a regular job, let alone climb killer mountains and trek across treacherous ice sheets.

Since the 1980s, there has been a revolution in diabetes control. Deeper knowledge of how the body uses and stores glucose and the impact of different types of food, exercise and sleep have allowed physicians to refine treatment. Medical technology has also progressed rapidly. First came insulin ‘pens’ which allowed diabetics to inject insulin in carefully metered amounts from an injector with a large reservoir – saving them from having to draw up each dose from a vial and eliminating the danger of incorrect dosage. That was followed by portable electronic monitors which, together with a finger prick to release some blood, allowed diabetics to conveniently check their blood glucose anytime, anywhere.

Today, developments are focused on the ‘artificial pancreas. The term describes closed loop control of blood glucose using a system comprising a constant glucose monitor (CGM), a control algorithm, and an insulin infusion pump. Engineers and scientists are working hard to enhance and refine that positive feedback system. And wireless technology is proving the key to closing the loop.

Even patients without access to infusion pumps can take advantage of wireless technology. Nordic customer Diabnex, for example, offers its Clipsulin insulin injection monitoring and a recording device which features wireless connectivity powered by Nordic’s nRF52832 SoC. The device attaches to insulin pens and employs a vibration sensor to accurately detect insulin dosage, with the data then wirelessly transmitted to the user’s smartphone. An app functions as a digital logbook for the patient, not only recording their insulin use but also enabling them to monitor blood glucose levels and physical activity.

Another Nordic customer, SiBionics, specializes in CGM sensors. The Shenzhen, China-based firm’s GS1 CGM System allows diabetics to continuously monitor and record their blood glucose levels for up to fourteen days before replacement. A sterile disposable electrochemical sensor—applied to the user’s upper arm by a minimally invasive method—measures glucose levels in the interstitial fluid between capillaries and cells. Data is wirelessly sent to the user’s smartphone via Nordic-powered Bluetooth LE connectivity. This information can also be shared with medical professionals via a Cloud based dashboard for blood glucose management, either remotely or at the hospital.

South Korea-based EOFlow has introduced a low cost alternative to the insulin infusion pump in the form of its EOPatch insulin management system. The product—which can be worn for up to three-and-a-half days—is a wearable and disposable insulin delivery system that incorporates a Nordic nRF52832 SoC. The medical wearable includes a soft cannula for insulin delivery and an insulin reservoir. Once EOFlow has been attached and activated, the patient can use a smartphone to control and deliver insulin from the patch. The insulin requirement is calculated based on the user’s current blood glucose level, amount of insulin already in the body and carbohydrate intake.

In addition to these examples, wireless technology is now a routine fitment for insulin pumps to receive RF signals from Bluetooth LE equipped CGMs (and blood glucose meters for sensor calibration purposes). The pump uses the CGM data to adapt and customize the infusion algorithm, and to ensure the user doesn’t administer excessive insulin.

Next steps for the pump and sensors makers include mobile connectivity—such that family and carers can be quickly updated about the sufferer’s blood glucose levels— sensors that can be worn for longer between changes and more compact insulin pumps with longer battery life.

But while pump and sensor technology has dramatically advanced in recent years, the optimum artificial pancreas is still some way off. Blood glucose control is a highly complex physiological system and dozens of factors affect outcomes, including diet, hydration, exercise, sleep, stress and illness. Control systems also exhibit considerable inertia with insulin infusions taking tens of minutes to impact glucose levels. Worse yet, sensors introduce their own inertia because glucose levels in an interstitial fluid can lead or lag that of the blood by five-to-fifteen minutes.

An article in the American Diabetes Association’s Diabetes publication (Artificial Pancreas: Past, Present, Future by Claudio Cobelli et al) notes that the mechanical and electronic elements of the artificial pancreas are mature and the key to major improvements lies in the software algorithm that decides when and how much insulin to infuse. Future system will leverage machine learning (ML) and AI to not only consider data from a simple closed loop comprising sensor and pump, but also influential factors such as the patient’s daily routine, and physiological factors such as temperature, heart rate and stress levels. Such data will allow an adaptive algorithm to plan the insulin infusion regime based on a ‘chess’ approach, planning three or four moves ahead and refining the strategy as the ‘game’ develops.

While the number of Type 2 diabetes sufferers is showing some decline in the developed world as health education encourages people to adopt better lifestyles, global numbers are increasing. Meanwhile Type 1 numbers are climbing everywhere; The U.S. Centers for Disease Control and Prevention (CDC), for example, reported 1.6 million American adults and children with Type 1 diabetes in 2020, up from 1.25 million in 2017. That makes diabetes a significant threat to global health.

But a fusion of precision mechanical components, wireless electronics and clever software offers hope. The wireless electronics, for example, include ever more powerful embedded processors with the capability to directly run ML software allowing for algorithm adaptation at the sensor or pump itself. That means diabetes sufferers will be able to discretely manage their disease while presenting a picture of rude health to the rest of the world. 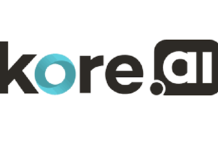 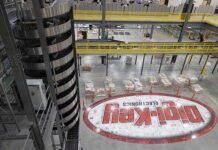 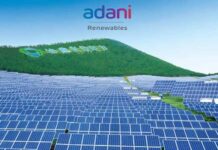