Developed by Pico Technology, PicoScopes are powerful oscilloscopes which provide broad range of users with unique features and advance tools, such as high bandwidth (up to 25GHz), high resolution (up to 16 bits), deep memory (up to 4GS), multiple channel counts (up to 8 channels), fast speed, as well as advanced triggers, SDK, etc. PicoScopes are well recognized in the industries by their portability, reliability, and flexibility. This article discusses about capturing RFID Modulated Signal with PicoScopes’ advanced trigger and getting the RFID Q factor based on the measurements of PicoScopes. Advanced triggers and SDK (Software Development Kits) of PicoScopes are also addressed. A preliminary plan of customized RFID-test solution based on PicoScopes of a customer is briefly shown towards the end.

Radio frequency identification (RFID) is widely used in many areas, such as logistics, supply chain management, cost effective asset tracking. The RFID products must pass the compliance testing before entering into the market. Test and measurement instruments, such as oscilloscopes, spectrum analyzers, vector network analyzer, are necessary for the compliance testing. The prerequisite of the successful testing is to capture the signal accurately and efficiently.

Figure 1 shows the basic operational theory of RFID. The reader sends out a carrier wave in specified frequency to the tag and the tag responds an Amplitude-Modulated Signal with some information carried like ID, Name etc.

One RFID coding approach is known as pulse-interval encoding (PIE). It’s a variant from basic OOK modulation in order to solve the power problem of passive RFID as a passive RFID tag depends on power obtained from the reader to run its circuitry. In PIE coding,  a binary ‘1’ is coded as a short power-off pulse following a long full-power interval, and a binary ‘0’ is coded as a shorter full-power interval with the same power-off pulse. The resulting coded baseband signal M(t) is then used to modulate the carrier.

Q-factor, or quality factor, is one of the important specifications of RFID products, which is based on a ratio of the resonant frequency (i.e., “fc”) and its 3dB bandwidth (i.e., “B”).

According to the definition, B=fc/Q,  B*T>=1, thus Q<=fc*T, here the item T represents the Pulse Length showed in Figure 2.

In a RFID system, an antenna coil with higher Q-factor resonates with higher amplitudes and therefore allows the RFID system to communicate at longer read range.  In other words, a higher Q-factor allows the RFID tag or transponder to extract and store more energy from the coupled magnetic fields emitted by the Reader.  However, a higher Q-factor could also indicate a smaller 3dB bandwidth.  A smaller 3dB bandwidth may cause the RFID tag to be more susceptible to changes in tuning of its antenna coil, mutual inductance, etc.

The Q-factor can be calculated based on the fc and T tested from RFID modulated waveform acquired with PicoScope. Figure 3 below shows a 13.56MHz RFID modulated waveform acquired with PicoScope 3406D. Long data is captured to make sure at least one “1” level or “0” level is included for the measurement and we can see there are several “1” level and “0” level in the figure. However, it will be helpful to improve the testing efficiency and speed by getting fewer one “1” level or “0” level as it will reduce the total amount of data. The testing efficiency and speed are always the important factors for mass testing in manufacture line. PicoScopes are very popularly used to customize testing solutions through SDK programming in mass testing scenarios. The advanced triggers can help us to capture those events that we are exactly interested in. They are available in both PicoScope 7 software and SDK(Software Development Kit).

Level dropout trigger is one of the advanced triggers in PicoScope. It can detect an edge followed by a specified time with no edges. It is useful for triggering on the end of a pulse train. As below picture shows, the scope detects the falling edge at 500mV threshold, then it triggers at the location with 60us away from previous falling edge point as no other edges appear during this period.

The “1” or “0” level in RFID modulated signal has the same feature as the signal in Figure 4 above. So Level Dropout Trigger also applies to them. As Figure 5 shows, the useful event in the modulated waveform we are exactly interested in can be acquired rightly with Level Dropout Trigger. It helps save time by avoiding searching the event in big amount of data through using the advanced trigger which can improve the data processing efficiency especially when the customer uses their own algorithm for automatic testing with PicoScope.

The window trigger detects the moment when the waveform enters or leaves a voltage range. This allows you to search for overvoltages and undervoltages at the same time. In the image left, a 5 volts power supply is monitored with thresholds of 4.5 and 5.5 volts. The window trigger would detect both the positive and negative excursions outside this range.

Pulse-width triggering enables you to trigger exclusively on pulses of a specified width. This can be useful for finding rare events in synchronous control signals such as write enables, or for finding extreme values in pulse-width modulated signals. In the image left, the trigger was set to pulse width, positive, greater than 70 ns. This found a 100 ns pulse in a stream of 50 ns pulses.

The windowed dwell trigger is a combination of the window trigger and the pulse width trigger. It detects when the signal enters or leaves a voltage range for a specified period of time. In the image left, a nominally ±700 mV signal has occasional overvoltages and undervoltages, but we have set the dwell time to greater than 100 ns so that only abnormally wide pulses that go outside this range are detected.

This trigger detects a pulse that crosses the first threshold and then returns below it without crossing the second threshold. Pulses like this can cause problems in logic circuits if they violate the receiver’s minimum high level specification.

The logic trigger can detect a number of logical combinations of the scope’s inputs. The conditions that can be applied to each input vary. In the image left the trigger was set to Channel A, level, above 0 V, Channel B, level, below 0 V, AND. The trigger condition became true in the middle of the trace, at time = 0, when Channel A was above 0 V at the same time that Channel B was below 0 V.

In figure 5, we measure the frequency of this RFID signal with the automatic frequency measurement parameter in PicoScope 7 software. The result is 13.56MHz.

We did the measurement for the parameters of RFID signal manually in PicoScope 7 software as we didn’t develop the automatic compliance testing software specially for RFID testing. Pico Technology aims to create a stable and powerful data acquisition platform for the customers so that they can have the chance and flexibility to develop their own applications based on PicoScopes. So it is a good chance for the customers to customize a RFID automatic testing solution based on PicoScope’s powerful Software Development Kit (SDK).

PicoScopes provide a level of interconnectivity and customization that is not easily available on most benchtop oscilloscopes. The SDK(Software Development Kit) allows users to create custom applications for their particular projects that allow them to go beyond just being a regular oscilloscope. The performance of PicoScope under SDK is very powerful. For example, it can acquire the data continuously under the streaming mode with the speed up to 312 MS/s; The memory can be segmented up to 2 million; The users can set the advanced triggers and generate FG/AWG waveforms programmatically. Pico Technology can provide professional technical support as well as comprehensive code examples(can be found in github.com/picotech) which makes the development based on PicoScopes easier.

All Pico products including PicoScopes come with a free-of-charge Software Development Kit (SDK). The SDK includes drivers for Windows and, for most products, macOS, Linux and Raspberry Pi (ARM7) that give full exposure of the instrument hardware via the Application Programming Interface (API). It allows users to write their own software to control the instruments with popular languages such as C, C#, C++ and Python. Code examples are hosted on the Pico Technology GitHub pages and there’s a lively Forum where users exchange ideas and knowledge about programming their devices. The SDK can also be used to interface Pico instruments with popular analytical and test automation packages such as MathWorks MATLAB, NI LabVIEW and Microsoft Excel. Figure 6 shows an example of controlling and programming PicoScope with MathWorks.

Figure 7 below is shared by the company of Siodata who plan to develop an automatic testing solution for RFID cards based on PicoScope 3000D series. They will design an additional box to integrate PicoScope and SIM card along with some interfaces together. The software will include two parts, control software and test cases. 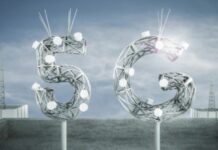 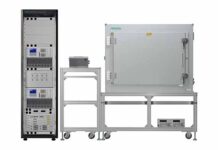 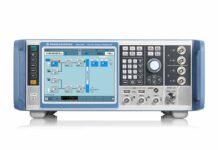