While on one hand new progress is being made to make the environment clean with the use of science, on the other hand, corrective steps are also being taken so that the situation does not worsen. Propelling the further idea of a sustainable future, we had a conversation with Nitin Kapoor, Managing Director, Saera Electric – a company engaged in electric mobility. He talked about climate change, the pivotal importance of Electric vehicles and adopting newer technologies to make a scalable and sensible future. Also, don’t miss out to know how Saera Electric’s is playing an instrumental role help achieve India’s non-fossil fuels target by 2030.

TimesTech: One of the major challenges we face is climate change and its consequences. How do you see environmental technology’s role and necessity in combating it?

Nitin: Primarily, environmental technology, also referred to as green and clean technology, is part of the technological transformation aimed at conserving, monitoring and reducing the negative impacts of conventional technologies on the environment. The transition to the new manufacturing processes following the industrial revolution has led to massive advancements in technology but had negative impacts too which include the misuse and damage of natural resources. As the world is getting more aware of the impact of climate change and global warming, the applications of environmental sciences in the development of new technologies have become imperative. Some of the major advancements taking place in environment-friendly technological development have been carried out in renewable energies like solar and wind, water desalination or removal of salt and other minerals from saline water, electric vehicles, pyrolysis or thermochemical decomposition of organic material, etc.

TimesTech: Electric vehicles (EVs) are viewed as a solution for air pollution. What are the obstacles to India’s transition from fossil fuels to electric vehicles?

Nitin: The major challenges India is facing with the transition from vehicles powered by conventional sources of energy like fossil fuels to cleaner and greener electric vehicles are price anxiety, inadequate charging infrastructure, a wide gap between EV and ICE vehicle prices, and a lack of assurance about satisfactory resale value, etc. Among these, the biggest concern that India should address is creating a robust and large-scale EV charging infrastructure. Despite increasing demands for electric vehicles, presently there are less than 2000 public charging stations in India with a concentration in a few states. However, India is likely to add around 48,000 additional electric vehicle chargers over the next few months. Also, there is a scarcity of battery technology. Currently, India is entirely dependent on imports for lithium-ion batteries which resulted in the prices of the key components being sky-high.

TimesTech: India’s digital penetration has risen perennially. How do you think IoT and App-enabled e-vehicles/e-rickshaws will contribute to the success of Digital India initiatives?

Nitin: The rising fuel prices and India’s commitment to meet the sustainable development goals set in the Paris agreement have triggered the surge of electric vehicles on the Indian roads. The electric vehicle ecosystem in the country has also been evolving in pricing mechanism, business models, the building of a charging station infrastructure according to the industry standards, availability, and designing of critical items, etc. However, there are still certain challenges on both the technical front and supply chain. IoT devices or telematics play a major role in addressing the various complexities as they can dig into the root cause of most uncertainties by providing real-time information. There has also been a steady flow of investments from fintech players in IoT-enabled vehicles, which is creating an integrated EV platform. The new-age technology also enables real-time monitoring of vehicles, equipment and other assets; thereby facilitating predictive and preventive maintenance.

Nitin: The primary operation of Saera is assembling and manufacturing cleaner and greener electric L 3 category vehicles (e-rickshaw and e-cart loader) and electric 2W low-speed vehicles. Saera has two state-of-the-art plants. The first one is in Bhiwadi (Rajasthan), which has a production capacity of 24000 units. The second one is in Bawal (Haryana), which has a production capacity of 2 lakh units of electric two-wheelers and 36,000 units of three-wheelers in a year. Also, additional capacity is being planned with the upcoming plant in Koshi (UP), which will be operational shortly. All-electric vehicles manufactured by SEALP are designed and assembled using environment-friendly cutting-edge technology. We are also providing customization of IoT-enabled vehicles, as well as, App-Enabled vehicles hence we are determined to contribute towards non-fossil fuels.

TimesTech: What are Saera Electric’s future plans for the year 2022?

Nitin: Saera will soon launch electric three-wheelers in the L 5 segment in both passengers, as well as, cargo segments and is awaiting ICAT approval. Our R&D team is also working on plans to roll out high-speed two-wheelers and currently, the feasibility study is in progress

TimesTech: Chip shortage is a major topic in town these days? Is it affecting Seara Electric? What do you think the situation will look like in the near future?

Nitin: There is an increasing demand and supply of electric vehicles in India. However, the country is still dealing with challenges like a shortage of semiconductors – which are vital for the industry. The limited supply of integrated circuits has led to a chip crisis not only in India but across the globe. In its endeavor to establish India as the global hub of chip manufacturing, the government has rolled out an incentive scheme worth Rs 76,000 crore in 2019 to attract international semiconductor and display manufacturers. India has been mostly dependent on imports for accessing semiconductors since setting up a fabrication plant is expensive and the entire process is software-intensive, which will take a long time to result in profitability. However, a growing number of talented engineers in India are honing their skills in integrated chip design. 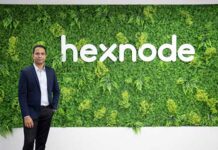 SMBs underestimate their chances of being attacked 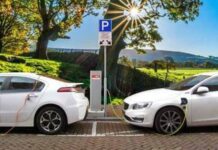